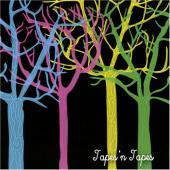 Sometimes the machine deals you a bad hand – for every White Stripes success story, there’s a backlash that builds to towering proportions even before the release of the affected act’s initial offering. This has at least partially been the case for Wisconsin’s Tapes’n Tapes, whose self-released album’s late official arrival on these shores has been preceded by a chorus of critical disappointment...»