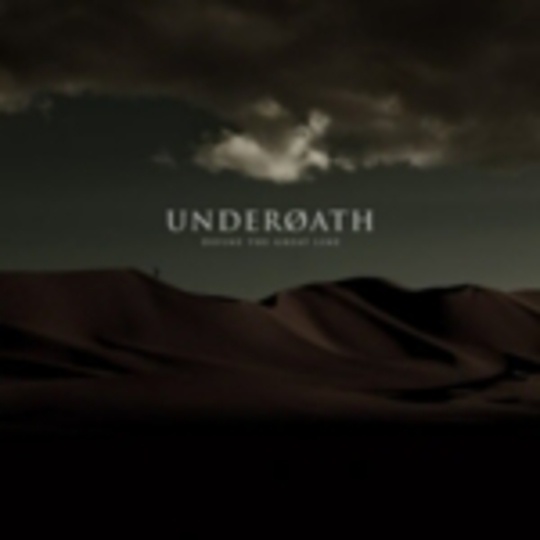 Many of Underøath’s fans will be thanking the Lord that this album has finally dropped, seeing as their last album - the aptly titled They’re Only Chasing Safety - was a metalcore extravaganza that hit all the right buttons on all the right kids at exactly the right time.

Sadly, _Define The Great Line _is not God’s gift to heavy music. First impressions suggest that a strangely sanctimonious Satanist is gargling the contents of a month-old bottle of piss, painfully extracted from an emo kid strapped to an inverted crucifix in the lounge, to the backdrop of a thousand monks repeatedly and pointedly dropping their surprisingly heavy instruments one at a time.

But no. It’s actually Spencer Chamberlain spouting his holier-than-thou preaches in fewer spurts and shrieks that we’re used to, but instead using a greater range of impressive roars and screams. The others back his thoughts on society’s ongoing decadence and the ensuing emancipation with a cacophonous mixture of some interestingly unorthodox hardcore heaviness and some thunderously bludgeoned metal melodies.

The opening track, ‘In Regards To Myself’, sees Chamberlain spluttering his words out before growling and sneering the chorus before drummer Aaron Gillespie’s rarely heard clean vocals soar through the mix. You can gauge the improvement in both Chamberlain’s vocals and Timmy McTague’s guitars in the often complex ‘Returning Empty Handed’.

It’s a shame that there is not enough deviation in sound across the album. While _‘Casting Such A Thin Shadow’ _and _‘Salmarnir’ _do try to experiment with a more graceful space-rock tempo and electronic atmospherics respectively, the other standout tracks of _‘Ever So Inviting’ _and _‘Everyone Looks So Good From Here’ _just sound like any other Underøath song; just like any other metalcore song.

There is no reason to treat the explicitly religious content of Underøath’s fifth album any differently from the tedious content of any other emocore album. It covers the same bases of heartache, frustration and the inevitable exhaustion that results. The only difference is that redemption is found in a different sort of love.

Which is unlucky for Underøath, however, as I like my love to come complete with a pretty pound of flesh and I like my metal nice and meaty too. The Floridians may well see this smug and polished offering to be their biggest and best recording so far, but until they develop their ideas and get out of their own musical safety zone they’ve got a long way to go before they’re ever going to leave a mark on this town.