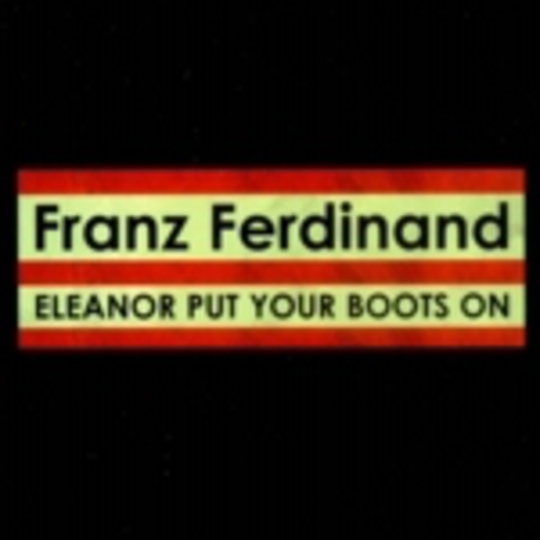 In a world where the news is greatly exaggerated to mask the unfaltering boredom of reality, the headline greeting Franz Ferdinand’s new single would surely be:

In much the same way, the new version of 'Eleanor Put Your Boots On' has been pumped up to disguise the not-particularly-interesting original. A step away from the usual approach employed in Ferdinand’s more successful moments, the re-recording is a light-year ahead of the corresponding version on their second album, You Could Have It So Much Better, as the double-tracked vocals from the original are ditched and the acoustic guitar is mixed down in favour of a more epic feel. As a banjo is airlifted into the fray, the previously silent rhythm section is spurred into mid-tempo action and the piano is elegantly lightened; Captain Kapranos’ tone switches between his usual aloofly-superior stance for the uptempo verse and an excessively dramatic, velvet-soft call for the wistfully-slowed chorus line of “I could be there when you land”, atop a sweeping string section.

Initially a welcome departure from the standard Franz omni-directional hip-thrusting floor-filler, something about this song's execution leaves a bitter aftertaste, the strange feeling of something lacking. Perhaps it's that, whilst the arrangements are taken from their sparse origins and succesfully given a grand makeover, the song beneath just isn’t that strong, and it sits awkwardly because of it. An improved but still below-par taster of what was an arguably disappointing album, 'Eleanor Put Your Boots On' might quickly be forgotten.