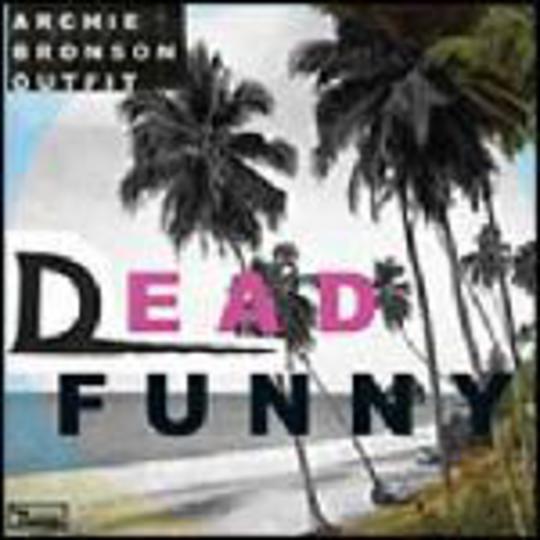 I’d imagine that you - the discerning DiS reader and all round media-panther - must be as sick of reviews stating you should be sick of this 80’s wave that’s crashing as you must’ve gotten of The Bravery, and Editors, and The Automatic. But hold on! Just…one…last…dance. ‘Cos this one has a twist. And if the song’s anything to go by, someone dies.

A heady mashup of Black Mountain’s ‘Druganaut’ and Bowie’s ‘John, I’m Only Dancing’, the latest single from ‘Derdang Derdang’ is a lime-veined monster, lurching bowlegged across some sticky satellite-town dancefloor. Some mildly naughty lyrics, (“I am a deep sea diver/ I’m gona dive down on you”), slip by almost unnoticed; slyly anchoring the oncoming head-rush and letting the scene set itself. But the really naughty thing they do is take that all-to-familiar hi-hat shuffle sound and try to give it weight and substance. Which, to an extent, works: swelling ‘Dead Funny’ with broody intent and shot-eyed swagger - harder for the inbreeding, like a disco-punk Wayne Rooney. The fact that they’ve included more mixes of the same track here than there are band members also goes to show that the three Archie Bronson boys are pretty damn brazen.

Second track - ‘Dead Funny’ (Four Tet vocal mix). Now it’s back to the West Country Friday night that bore them and they’ve spied the ex; or some other long-term prospect that has 'till now gone unrequited. All that time spent making hushed, sideways-grinning vows in the solitude of his bedroom translates far too easily to the too-loud-to-talk bar. Luckily, ABO make music to drive your forehead down and your eyes up, strident enough to convince the one-time unrequiting.