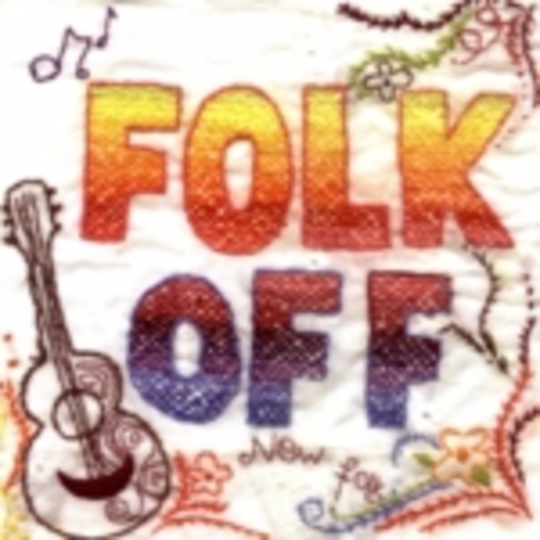 So the new wave of folk has come to this? A folk-off, a battle between the Brits and North America, a two-hour rumble to establish the pecking order, refereed by Rob Da Bank’s Sunday Best label. Fifteen representatives from each camp line up atop each hill, the British camp led by Vashti Bunyan, clutching their Korgs, stringed weapons and a copy of Silent Alarm, whilst their Sufjan-fronted Stateside foes come brandishing the time-honoured folk guitar, ready to charge into the valley beyond. Or at least, that’s what it would be like if it was a real fight, and just not a decent double-CD celebration of the new wave of folk music which has swept these shores.

It may not be a serious contest, but compilations always provide a chance for unknown parties to overthrow their contemporaries, and Folk Off is no exception. Notably, veteran folk songwriter Vashti Bunyan’s effort is dwarfed by that which precedes it, This Is The Kit’s ‘2 Wooden Spoons’. With no notable production values, the dry female vocals recount a tale of soul mates, companionship and dependency, the feel enhanced by her occasional wavering and the fluttering between notes strewn over a single, plucked guitar. A perfect range here would only leave it feeling cold and clinical, and its personal touch is largely what makes it the British highlight, not to mention that of the CD as a whole.

The best song from the States comes from a more expected source, as Sufjan Stevens’ spectacularly-titled ‘Decatur, or, Round of Applause For Your Step-Mother!’ from Illinois steals the show, spinning an accordion-toting, banjo-laden yarn from Stevens’ front porch. Slowly growing from a two-part harmony into a multi-layered vocal round, ‘Decatur’ becomes a celebratory chorus, standing out for its sheer beauty, infectiously encouraging all to sing along where '2 Wooden Spoons' merited complete silence.

Folk Off might not be much of a battle, but some still bear the scars. Listen With Sarah’s seven-minute opus ‘Blue Parsley’ barely changes for the first three-and-a-half minutes, and when it does, the light, industrial drum beat that is introduced amongst the tin whistles leaves the whole thing clunky and cumbersome amidst the free-flowing other material. Elsewhere, Eighteenth Day Of May’s acoustic instrumental piece ‘Dawn’ fails to ignite during its two and a half minute duration, whilst Same Actor’s ‘Nothing Yet’ is unusual with its sitar samples, dub bassline and variously interspersed clicks and beeps, but fades quickly from memory.

This aside, the general standard is above average. Folk Off is helped along by the Super Furry Animals-offshoot Acid Casuals, whose reclined ‘Bowl Me Over’ sounds like it has been lifted straight from Rings Around The World, whilst Tunng’s erratic cover of Bloc Party’s ‘Pioneers', Dr Dog’s Beatles-esque ‘The World Will Never Know’ and the Dntel-meets-Reindeer Section sound of James Yorkston’s collaboration with Reporter all deserve a special mention. There’s not enough time nor space to get into every reason that Folk Off should be part of your collection, but for a cross-section of folk’s newest incarnation, you might not need to look any further.