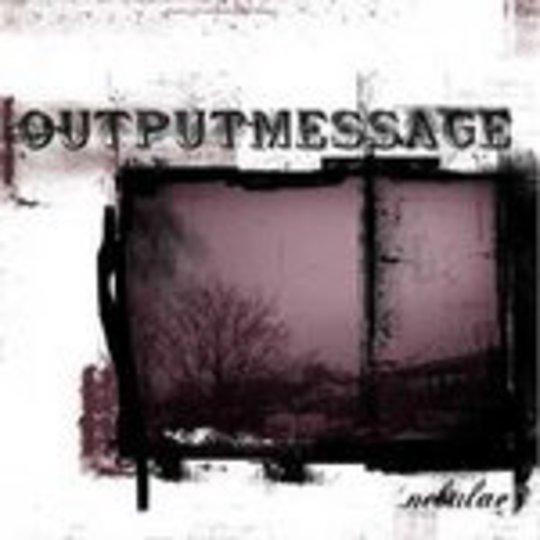 As an album of messages - ones of hope, danger, love and pain - spanning genres, tones and sounds and intended to convey a sense of emotion through a palette of instrumentation, **Outputmessage**’s debut LP _Nebulae_ is a remarkably hollow vessel.

It starts promisingly however. _‘Metal’_, with its relentless looping arpeggios and use of radio inference, is a call to arms, a soundtrack to the street lights turning on. But it’s track two, _‘Glintz’_, where Bernard Emmanuel Farley Jr falters, simultaneously displaying his best and worst traits as a producer; break beats layered over drone synths suggest the standard “innocuously peaceful yet look closer…” successfully, but as the album progresses it becomes painfully clear Farley too often relies on this method to communicate his picture of a menacing world. And when Farley does stretch out, particularly on the disco/R’n’B/techno hybrid _‘Bernard's Song (Melodic Mix)’_, the results are better forgotten.

It’s on _‘Snow’_, the album’s highlight, that Farley takes thing down a notch and in turn shows a glimpse of the experimental flair he owns. Like a drum'n'bass remix of **The Postal Service**, the down tempo vibe of the track is a welcome retreat from the shallow histrionics of much of the album and it’s a shame Farley didn’t see to exploring it further.

Of course, all this can be easily ignored. You can buy it, put it on, enjoy 40 minutes of shaking whatever body part you do in the act of dancing and I assure you it’d be money well spent. But with Outputmessage’s intent clearly to project a story through each track, I personally can’t get past the failings of the album. The patronising stamp of “must try harder” seems particularly appropriate.