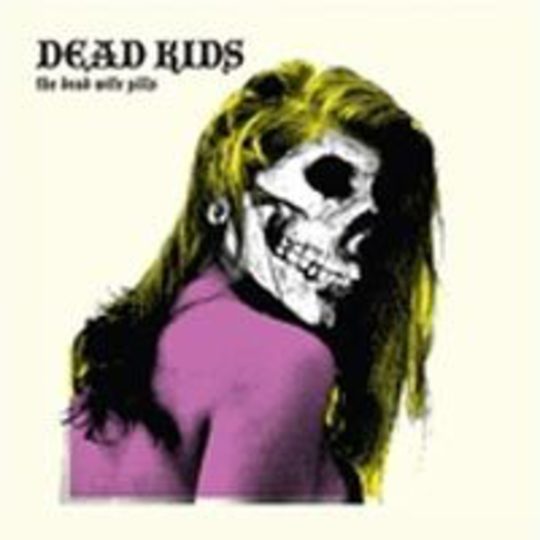 Forget the grisly, long-haired skeletal being on the front cover, and the ferocious guitar mangling towards the finale that sounds like false nails being scraped down a blackboard. No, the most bizarre thing about Dead Kids' 'The Dead Wife Pills' is that, for the opening half dozen bars, it actually sounds like the intro to Placebo's _'Every You Every Me'.

But then Mike Frankel's vocals - a sort of devilish hybrid of Alan Rake and Steve Ignorant from prototype squat-punks Crass - kick in like a mule at a hay-gatherers' birthday party and the scene is set for one of the most disturbing tunes you'll ever hear, about what one can only imagine is a murder attempt gone horribly wrong.

Further down the line both four- and six-stringed instruments loop together like the first coming of PiL via _'Tago Mago' _before the aforementioned crescendo dissolves around them like King Of The Slums in a head on collision with Methuselah.

God knows what John Lydon would make of it all, but if this is to be part of the final epitaph for Fierce Panda's singles outlet, then 'The Dead Wife Pills' is a fittingly stylish, if macabre ending.