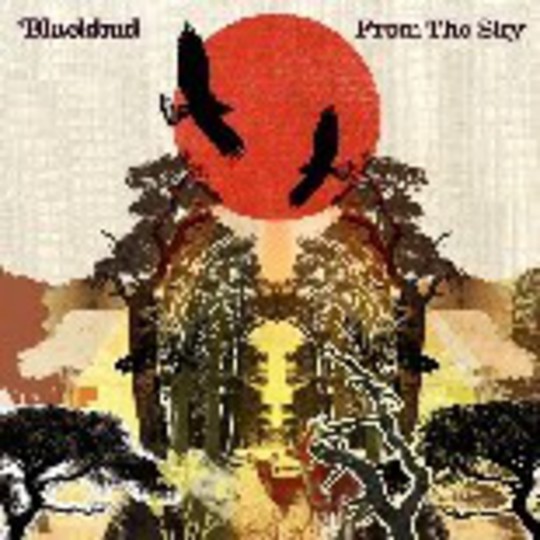 Two years ago, Blackbud and The Subways won the Glastonbury Festival unsigned band competition. While the soft-rocking boy-girl-boy trio have gone from strength to strength in terms of commercial achievement, Blackbud haven’t quite caught the public’s imagination with quite the same vigour as they did Michael Eavis.

The most frustrating thing from their point of view is the vast chasm that exists between their live performances and recorded output. In the flesh, Blackbud are a fairly unique, mostly exciting proposition - a bit like a prototype Muse with an even bigger catalogue of Zeppelin riffs and U2-seeking anthems. On record however, they tend to sound rather muted, almost watered down even, which doesn’t exactly leave the listener wanting more in terms of effort and application, but actually quite the opposite. By the mid-point of From The Sky it all gets a bit too much. Desperate, even.

Before the inevitable dissection, though, let’s get the plaudits out of the way first. No one doubts the musical talents of Joe Taylor and his two cohorts. On the contrary, in fact, as their virtuosity is the one thing that shines through this muddy collection from the off to its finale – if you get that far, of course. What irks most is that the quality of the songs on offer doesn’t quite match the musicianship, and occasionally what sets out to be a Jeff Buckley-like paean ends up sounding plagiaristic and hollow.

And yet it all starts so promisingly. The opening ‘Barefoot Dancing’ sets the scene for what should have been an exciting debut, all Sabbath riffs congealed into a sing-along of Jellyfish-style jollity that begs to kick the doors down and let its ten soulmates come charging out the blocks – or CD player, in this instance – with customary ease.

Sadly, it doesn’t get any better. Granted, there are one or two moments of promise, such as the moto-rock of ‘Forever’ or the Finn-Brothers-discover-The Bends-epic that is ‘Market Streets’. Elsewhere though, it’s all bluster without anything new or interesting to offer. In fact, if you were to return from a Blackbud show and play From The Sky straight away, you’d think you'd experienced two different bands. For the wrong reasons.

All in all, From The Sky is patchier than the weather on a summer’s day in Blackpool and should be approached with similar levels of precaution.