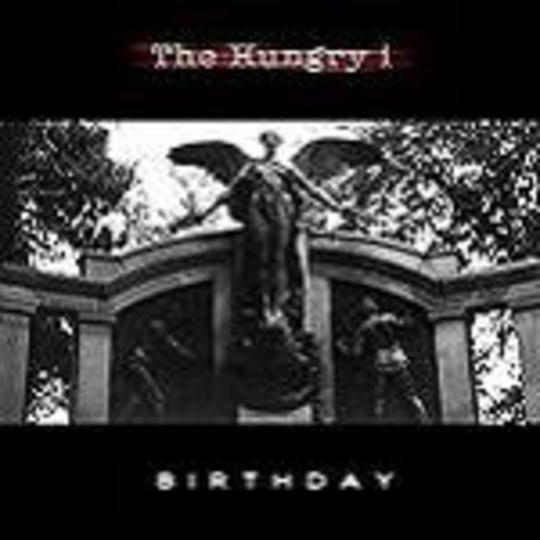 By all accounts – the only account we’ve got to hand, all told, being this piece of paper with record company bumph on it – the new single from Northampton-dwelling Jon Stolber (probably not referred to as The Hungry i at the family dinner table) is an “anti-single”. Presuming that he’s referring to the likelihood (or lack of) that ‘Birthday’ will soon find itself torpedoing across the nation to the higher echelons of download charts and radio playlists, then that description is probably highly fitting. But it’s not just because this is a limited edition, six-minute masterstroke of post-post-rock – considering the anxiety that most people have to face sat in the rush hour every evening, they probably wouldn’t want it to be accompanied by the low, chilling hum of The Hungry i’s musical fear and paranoia.

But it’s their loss, as ‘Birthday’ is a dark-shaded, bleakly smouldering triumph, all indecisive trip-hop beats switching and morphing at various moments whilst the i layers a snowdrift’s worth of atmospherics over the top. “Treat me anyway you want, with feet tied up to this crucifix…” he calmly gasps, having never sounded more like the solemnest moments of Matt Bellamy’s warbling, as synths subtly throb away in the background and the tinkling of piano adds a glimmer of light to this most curious and beautiful of darknesses.

Twitching like the eroded skeleton of Tricky creaking as it finds its feet again, brooding like Kid A with the volume controls jammed somewhere around 17% and hazy with the creeping fog that the likes of Boards of Canada usually emit, ‘Birthday’ really isn’t single material, as promised. But as a bristling ambient-core mini-suite fusing with such spindly elegance, there’s few that could really create anything to surpass it right now. Feed your ears.