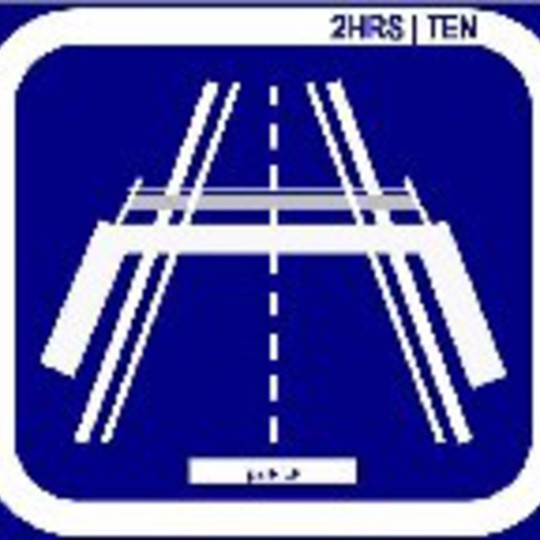 West Country mavericks 2HrsTen aren’t your average experimental ensemble, if you know what I mean. Whereas many of their contemporaries’ so-called trials and tribulations with sound sometimes end up resembling the most unlistenable dirges imaginable, 2HrsTen actually favour venturing into unoccupied territories where the unthinkable collides with the glaringly obvious, culminating in something so indiscriminately familiar yet breathtakingly original.

Opener ‘Rigsby’ sounds like the end product of an instinctive jam between ¡Forward Russia! and the Dexy’s Midnight Runners’ horn section. It’s all flailing rhythms here and boldly brass configurations there, not the kind of thing you’d have expected if you’re familiar with any of 2 Hrs Ten’s previous output, but then that’s the whole point of experimentation, right – progression.

Elsewhere on the EP, 'A Loss Of Momentum' feels like Low coming to terms with their own insecurities before 2HrsTen’s new found brass orientation takes the song to new levels of exploration, while ‘Heavy Wings’ is possibly the only real hark back to their former selves – a tacit reminder of why anyone cared about them in the first place but as any true innovator will tell you, “so yesterday it’s like turning the clock backwards.”

All in all then, the 'Park EP' is a pleasant surprise as 2HrsTen's sudden departure to more radio-friendly pastures could herald a superfluous arrival to a wider, more appreciative audience.