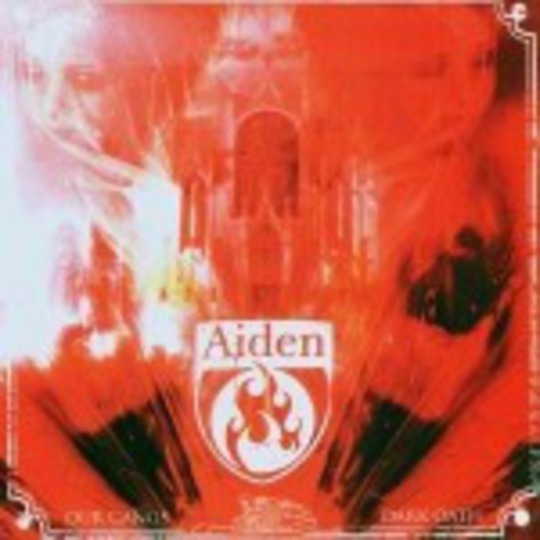 After enduring 45 minutes of Our Gangs _(sic) _Dark Oath, it is extremely easy to say that re-releasing Aiden’s first record is a bad idea. A very, very bad idea. If only for the terrible punctuation in the title.

This was around at the time they were being written off as a bunch of ugly fat kids playing crap renditions of the poor end of AFI’s back catalogue. WiL Francis and his band of less-than-merry men ignored the haters and continued to ply their horrific emo trade in less and less excruciating fashion.

This debut only helps to showcase an underprivileged collection of half-hearted, ill-formed attempts at songs performed by some goth-infested emo chancers who appear to struggle to hit the right note even during the silent parts.

Clearly influenced by Atreyu and The Misfits but aiming to copy Davey Havoc & Co, Aiden seem to have more of an idea about how they want the record to sound than of actually how to play music. With every song a ridiculously overblown attempt at a call-to-arms emo anthem, Aiden showed their intent with _OGDO _but realised it by polishing their live show with ‘enthusiastic’ instrument acrobatics and some hideously orchestrated theatrics to help reel the demographic in, hook, line and sinker.

Some might say that *Aiden *have succeeded against the odds but maybe _Nightmare Anatomy _is simply a true testament to how far a band can come if they set their minds to it. This record, however, needs to be avoided at all costs. Even if you find it in the bargain bin, leave it alone. Nobody needs to hear this.