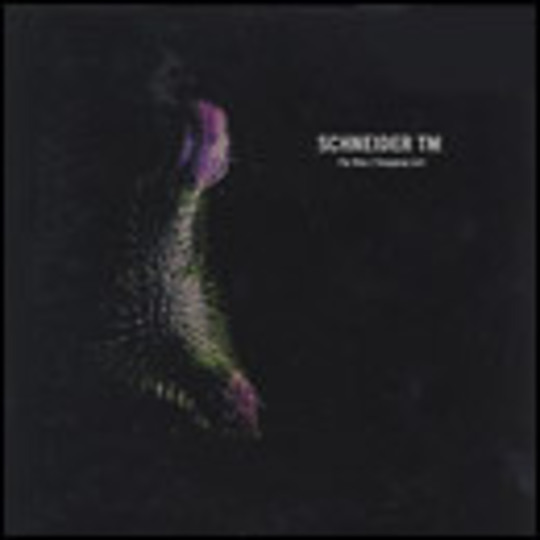 It’s indie-geek super-freeeeek: electro-hop-stomp-burp via broken acoustic guitars and wheezing, dust-entrenched instruments from another age, one of steam and iron. Schneider TM mixes the now and then wonderfully, yet somehow remains detached from either – the effect is like hearing tomorrow’s number two single in rich sepia, chemical stench filling your nostrils and black smoke your eyes.

Although neither wholly nostalgic nor futurist, ‘Pac Man / Shopping Cart’ bobbles along pleasantly without ever really engaging the listener emotionally: this is pop music from a faraway place, somewhere you see on the television but you’ll never afford the air fare for. It’s of this world and yet not, bizarrely intoxicating yet instantly recoverable from, a quick-fix fantasy that clocks in at less than four minutes.

So you ask yourself: what is the point? Why bother with a feeling if it’s so fleeting? The answer: if you’re asking yourself such a question, then you’ve no part to play in the evolution of pop music. The here is the now, however it sounds; live it and live through it, or wait for the next phase to embrace you. Whatever.