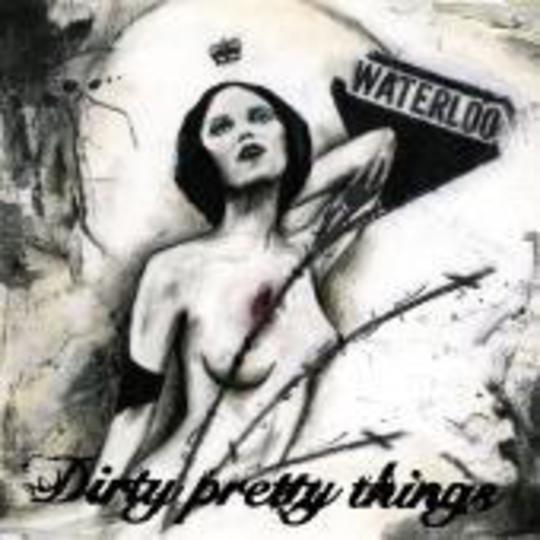 Unlike other reviews of this record, DiS isn't in the mood to patronise its readers by way of a history lesson of the background origins of Dirty Pretty Things. Everything that needs to be said about their past has been done a thousand times (and probably more) without ever adding anything new. It's about the now that matters. What is, not what if.

Without going round the houses, let's get one thing straight from the start. Waterloo To Anywhere isn't a bad record by any means, and boy, after all the trials, tribulations and "poor me" hard luck stories from its main creator, I wanted to hate it as much as the next man sick to death with the ongoing furore surrounding Albion (West Bromwich Albion? Albion Market? I'm still clueless to be honest...). On the other hand, nor is it the life affirming rock 'n' roll fiesta that some of the more widespread glossies would have you believe - and why should it be? Dirty Pretty Things are after all this generation's new three minute heroes. Not by way of their cutting edge punk pop songs, I hasten to add, but for the fact that they've only been around as long as it takes to boil half a dozen eggs and with the unabated propensity to implode just as quickly.

Waterloo To Anywhere announces the band's ambitions in full. It's not a radical departure from anything three quarters of Dirty Pretty Things have been associated with in the past - Didz Hammond being the slightly obvious exception - and isn't exactly going to scratch the surface of, let alone break, the mould as far as genre redefinition is concerned.

What it does do though - and here's something you never thought you'd read on here - is establish Carlos Barat as a better lyricist than anyone has ever previously given him credit for. Sure, there are a couple of duffers - even the odd cringeworthy statement of intent - on here, but thanks to the aid of a

Musically the same reference points are there as before, but at least this feels like a record that its incumbents actually enjoyed making without any serious potential legal implications hanging over them. And I guess that's the whole point. Waterloo To Anywhere might not redeploy any cultural guidelines, but take it at its own merits and you may be pleasantly surprised.