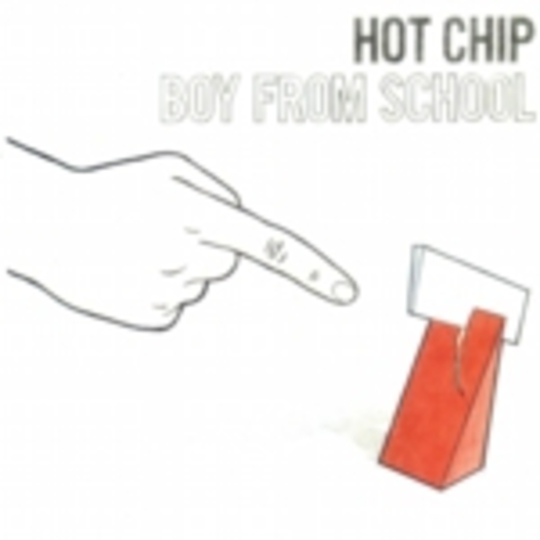 When Hot Chip unleashed their soft-spoken, funk-tinged debut album Coming On Strong back in 2004, complete with a decidely lo-fi, bedroom-produced feel, few would have earmarked the unfashionable quintet as ones to watch in 2006.

Regardless, ‘Boy From School’ comes at a time when Hot Chip are in the ascendancy, thanks in part to previous single, the underground club hit ‘Over and Over’, and whilst this new offering does feel familiar set against its predecessor - retained is the incessant, thumping kick drum and the choral harmonies – it’s not without its differences. Their previous effort may have sprung from your stereo, trashed your living room and incited a dancefloor riot, but 'Boy From School' is the party equivalent of the reserved boy in the kitchen, as quiet and understated as the soothing, reverb-heavy vocal line is, set amongst the pounding, relentless torrent of bleeping, looping noises that surround it.

Each time the vocals gracefully weave in and out of the oncoming stereotypical, four beats to a bar electro attack, it becomes apparent that Hot Chip are capable of far more than just getting the party started, they can do it with emotion. The radio edit may rob the original track of its tender, drawn out finale, but when the synths drop out to leave behind the introspective sighs of “We try but we don't belong”, consider the following: adding a human touch to a genre led by the robotic likes of Daft Punk might yet prove to be Hot Chip's trump card.