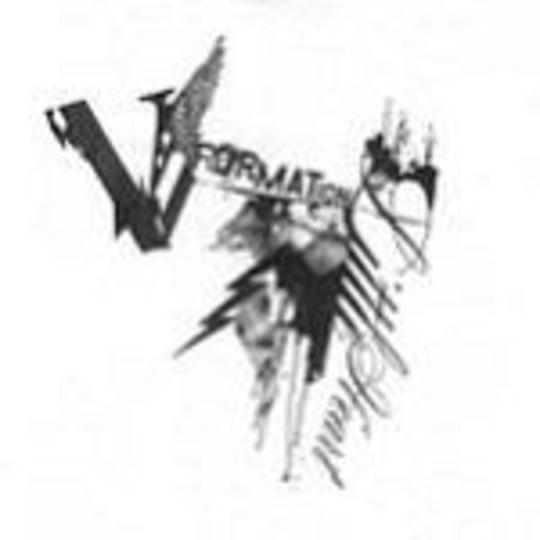 “Hey you! With the pointy shoes!”

I’m sorry, are you talking to me or the elfin people? We were just discussing the latest Q ‘article’ about the 50 Greatest Bands That Ever Changed The World…Ever! It seems a bit misguided as an attempt at current journalism, doesn’t it? What has indie music changed about the world recently, huh? It’s given us celebrity babies named after biblical characters and the chance for polka dots to come back into fashion. I doubt that the global markets are going to go crash themselves after changes like that.

At least, that’s the feeling that we get listening to the new single from V//Formation, rather sweetly entitled ‘Little Heart’. Because it’s a good single. Strong. Promising. But it ain’t going to change the world any time soon. Not that that is a criticism per se – if every band with two guitars, a knack at verse/chorus correlation and a tune as pleasant as this one became mega-sized planet-shagging enormo-groups overnight then it would take the charm off of them rather dramatically (see: Snow PatrLOL) – but it does leave us with rather a conundrum.

It’s not a particularly challenging sort of set-up – aside from breaking the five-minute mark, it’s got all the hallmarks of an enjoyable yet forgettable indie-rock single. The soaring guitars, the climactic drums, the part-sung, part-shouted stream of fragmented bollocks that pass for lyrics – they all plod along nicely here, screaming out for a revival of the Shine compilations. But at the same time, there’s something quite endearing about it, like a shade of beige that has some sparkle in it. Maybe it’s because it allows for a wide range of ‘audio images’ – at the moment I’m thinking Lowgold going swimming – but maybe it’s just because familiarity can sometimes be the best comfort blanket.

Either way, it’s a decent song, regardless of whether they now go to the domes or the dole. Hopefully it’s the start of them getting a few (hopefully more challenging) ‘anthems’ under their belt.

Lloyd, I'm Ready to be Heartbroken