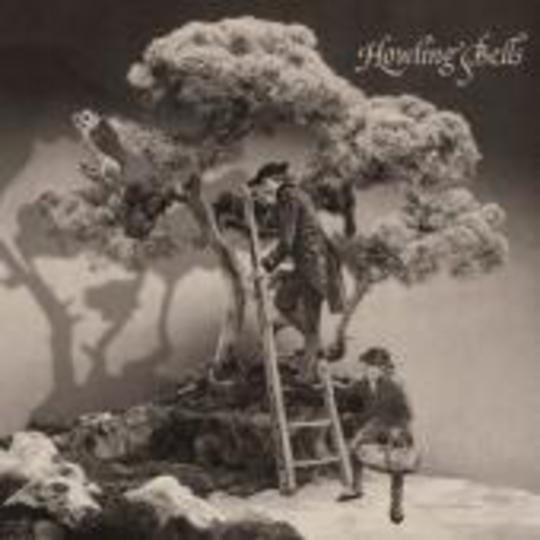 It’s unlikely that any country other than Australia could have spawned Howling Bells: pieces of critical appreciation preceding this one have been quick to refer to comparable artists – Polly Jean Harvey, The Velvet Underground – and prefix the band’s music with adjectives such as ‘dark’ and ‘brooding’, but few have truly alluded to the romance within Howling Bells. This is a sexily menacing record, an album of fireside horror stories of the heart, the outback sky above twinkling its thousands of stars in time with a single soul’s stuttering, distant and timeless. It’s a collection of tales best told in the centre of some expansive land, yonder hills actually so much further than the naked eye’s estimation, the safety they offer so far from reach. Isolation and solitude: these are factors, forces, at work throughout Howling Bells. They’re facets within a band that could only be born of an upbringing in a land so mysterious, one still so undiscovered by the majority of its own occupants.

Westerners landed in Australia and built their cities facing the sea, as if they were afraid of what lurked in the country’s innermost territories. Monsters, maybe, men of little patience for trespassers for sure; even today, modern roads stretch so far only to end at a ravine’s edge, no semblance of a bridge-building attempt visible. Recent motion picture Wolf Creek played on these age-old concerns, placing Twenty-First Century bodies and minds in a situation that’s ageless, a situation of immeasurable fear. It’s within the epic nothingness of said film that one can picture the four horsemen of Howling Bells, their bedraggled mules dragging solar-powered amplifiers, leaving troughs in the scorched dirt, guitars slung like rifles. One wears a smile, reading silently from a single torn page.

They stop and sing and beguile waifs and strays, like sirens, drawing them closer to a fate best left undisclosed, screams drowned by the fire’s crackle and pop. This effect – Howling Bells’ ability to melt the hardest of hard men to a state where they can be manipulated however the quartet see fit – is a product of Juanita Stein’s vocals: you hear her, you want to dream for her a face, a body; you manifest within your mind a living, breathing woman, and you yearn to marry her ‘til bloody murder does you part. Stein’s part in Howling Bells’ sensory scrambling should not be underestimated: her colleagues may weave wonderfully rich, tempestuous indie-rock that owes a little to My Bloody Valentine’s rock and roll swirls, but it’s the vocalists emptying of smoky breath at a dusty microphone truly captivates. It’s those words from that page: destructively seductive, effortlessly alluring.

The desert around Las Vegas may have something of a Hollywood reputation for being stuffed with bodies like Easter Eggs are smaller sweets, but its under Howling Bells’ feet that the freshest corpses lay, each a victim of music that hypnotises until it hurts, that kisses ‘til tenderness is forgotten and blood runs from love bites like time’s own sands through the long-nailed fingers of this band’s killer queen. Out here, nothing built by man from horizon to horizon, a single note can echo for an eternity; years may pass before the next person stumbles from dirt track to their sweet demise, but the flame will forever remain alight to attract such helpless moths.

Australians continue to look out to sea with good reason: nothing so intoxicating as this could ever be good for a man’s health, so ignorance may well be bliss. To the brave, fate is almost certainly out of your hands, so laced with poison are Howling Bells’ lips. You tell yourself no, now, but give it time. Everyone succumbs in time.