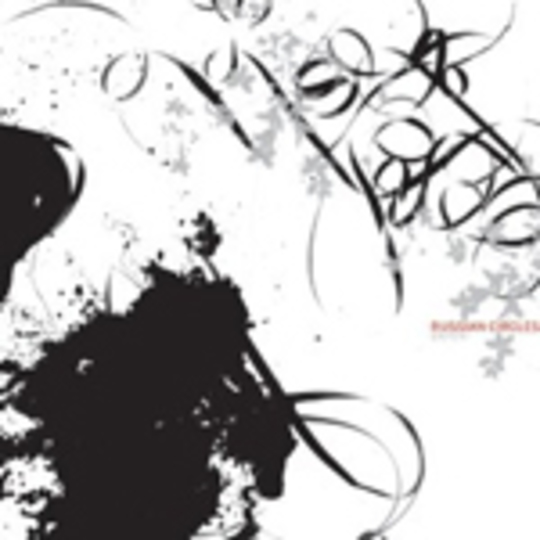 This is an appeal on behalf of us, music fans the world over, to you, post-rocking instrumental acts of no particular intelligence: please, try harder. The bar has been raised dozens of times since Young Team, and it’s about time ninety per cent of you caught up.

It is a fact, is it not, that the majority of instrumental rock bands filling basement clubs and loft venues with crisp arpeggio and wandering basslines on a weekly basis are, actually, Fairly Dull. Few that these eyes (and more importantly ears) have witnessed have achieved that perfect balance between distortion and delicacy, aggression and sympathy, nuclear bombast and soft cherry blossom. Most spin out the same idea over several ‘songs’ and expect congratulations for their astute sense of compositional uniqueness, when in fact they display exactly nothing of the sort: they’re playing it safe and sound-alike, simple and effective but not affecting. So fuck them: this is the bar raised ‘til it’s so nearly out of reach, only touchable through unsteady tip-toes and elongated digits. This is Russian Circles’ debut and it blows many an alleged peer out of the water entirely.

Reports elsewhere have rightly picked up upon Enter’s immediate impact and subsequent lessening of appeal, but know this: while the thrill lasts, it’s immeasurable, incomparable, and insatiably addictive. Indeed, it’s the album’s immediacy and that come-back-for-more wow factor that is its only real flaw: by sequencing it in a top-heavy manner – all the bluster and chaos in the first half, the clam after the storm consuming the second – the listener can’t help but feel cheated by the twinkling, Tristeza-like beauty of ‘You Already Did’, track five of six. Granted, proceedings are closed in dramatic fashion, ‘New Macabre’ spiralling downwards from a mighty altitude come its final minute, crunching like a Sean Paul ass-grinder pumped into a Mastodon-branded mincer and detonating upon impact with all the subtlety of a Brainiac caravan ‘experiment’. It is mighty, but holds not a single candle to the album’s opening brace.

‘Carpe’ opens in an eerie, Owls-esque manner, all jittery drum clicks and wobbling guitars, but come a minute-sixteen-or-so the track begins to build, a truly terrifying bass growling like a hungry dog chained but a few feet away from spilled grill-steaks. Then, at three-forty-six, lift off: Windows Media Player’s random pattern-spewing screen convulses and jerks, pulsing like a heart plugged into a power-surge-struck mains – half time in the football, nine million kettles go on, bang. A riff battles drum beats desperate to choke the life from a bass now rampaging its way across a blood-splattered terrain of fallen foes and left-for-dead friends; there is no compassion here, no deviations into detached understatement or unnecessary reflection. This is Russian Circles doing what few other instrumental acts can do well: rocking the fuck out and taking us all down with them.

‘Micha’ continues the trend of mercilessness with a steely confidence: always underpinned by fantastic drumming from former Riddle Of Steel man Dave Turncrantz, it does mix light and shade across its palette a little more obviously that its predecessor. Nevertheless, when your inner ears shatter like a brittle pea pods come the six-minute mark, few thoughts will be of Russian Circles’ ability to conjure shimmering towers of sound from instruments that are employed equally well as weapons of mass combustion. ‘Micha’ ends like a battleaxe to the back of the skull – you never saw it coming, but the dent’s irreparable.

Forever twisting and pulling, stretching and contorting, bellowing and breathing, these six tracks form a whole that is instantly remarkable but still comparatively incredible after 20-or-more listens. Enter is a record over which the post-rock pioneers will drool, but fans of more traditional heavy rock bands will also find their appetites whetted by a selection of truly phenomenal riffs. For every crystalline chime there’s a cymbal crash to awaken the dead; for every plucked string there’s a fret-shredding monster chord sequence to rival anything today’s metal royalty can muster. It is, in short, a wonderfully balanced album, full of surprises and satisfying climaxes, albeit one that may have benefited from better sequencing.

So please, pledge just a few pounds – no more than the price of a round at a London local – and make Enter yours today. By doing so, you might just discover that many of those post-rock records you cherish so narrow-mindedly actually possess all the passion of a parking meter.