I Am John's Pancreas 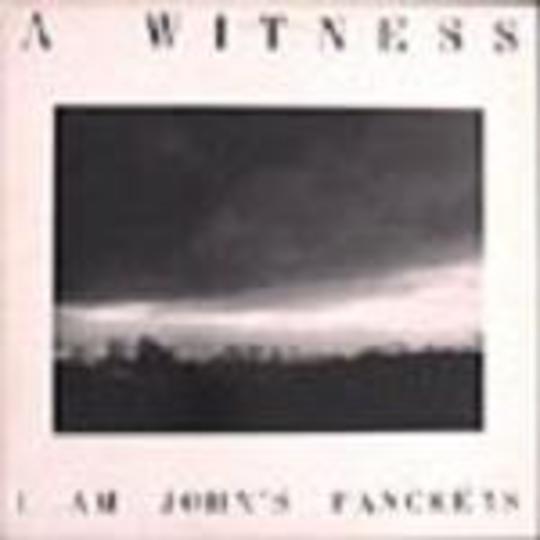 On the back of the booklet sat in front of me there lies just one photograph. Although it pictures a seemingly unremarkable fragment of the English countryside, swamped in vibrant shades of green like any other cluster of your local forest, its solemnity lies in its sense of human absence. Underneath it reads thus: “Trees planted for Rick Aitken at Sunny Corner, Etherow Country Park, Stockport Feb ’90: now flourishing woodland”. And to be honest, it would be wonderful to sit here and say, truthfully, that the legend bore above it had flourished in a similar manner. For the legend above it reads, to your correspondent’s delight, I Am John’s Pancreas.

You see, for all the Wedding Presents, Primal Screams or even Half Man Half Biscuits that still romp through the British music scene with varying degrees of success, there’s a host of bands from the C86 scene that ended up leading much shorter, obscurer and less celebrated careers. Granted, the mortal departure of aforementioned guitarist Aitken after a fatal climbing accident in the Scottish Highlands put paid to a chance of blossoming longevity, but A Witness are one such band who were swept all too cruelly aside by the fickle finger of fad. Personally it was hard to gauge the excitement that the band’s debut album caused in 1986 – it was hard for me to pick up everything John Peel said as the amniotic fluid was muffling the sound too much – but as these ten tracks show, it’s a shame to think that their name isn’t mentioned alongside your usual Joy Division, Smiths, Sonic Youth reference lists. Which is why the reissue of this album (apparently delayed because half of the album’s master tapes went missing, only to be found twelve years later in the former drummer’s attic) is such a welcome one.

For a start, it’s not as if the album sounds as dated as most other guitar music from twenty years ago does today. Maybe it’s the digital re-mastering, or maybe it’s that a lot of the songs seem appropriately dripping in bile. “I felt restless and a trifle bored,” singer Keith Curtis growls on opener ‘Smelt Like A Pedestrian’ which, despite sounding like the most foppish punk statement to ever open an album, does well to pre-empt the abrasive guitars and the jittering of something called a Drumatix TR 606. Indeed, the whole LP appears to team with unstoppable energy, partly because their lack of an actual drummer gives the scope for rapid machine convulsions, but more because there seems to be a desire to look beyond the template of jangling indie music – rumbling basslines, shattered piano chords, post-punk saxophone, eloquent wailing and spat vitriol, they all appear.

What’s most wonderful, though, is the abundance of musical revelation here. Some of those moments. Like when a harmonica-type instrument starts up three minutes into the pulsating treble of ‘Red Snake’. Or the breathless, angry hopelessness of the words sung in ’The Loudhailer Song’ (sample: “Things to remember: There is no God, Liberation will never come, We are all doomed to a life of servitude…”). Or, as Hunt points out in the sleeve notes, the keyboard at the end of ‘Dipping Bird’, a song that sounds like it was actually recorded at the wrong speed – that must’ve confused Mr Peel. However ‘4.49 Stool’ is another one of those moments but seems to throw the album off course, despite being an exemplary British take on the ideas of musique concrete that pre-empts Hunt’s work in Pure Sound. It seems too out of place, and does little to help the rest of the album’s cohesiveness.

It’s evident though, as the band end the album vigorously with a bizarre chant of “pasta on your arm and fetch a trumpet”, that this forty minutes which by rights shouldn’t have faded into the back of the indie world’s consciousness at the passing of 1986. Even though it’s got two decades to show for itself, how music this fiery can lay dormant for any length of time is beyond me.