The Sound Of Animals Fighting

Lover, The Lord Has Left Us 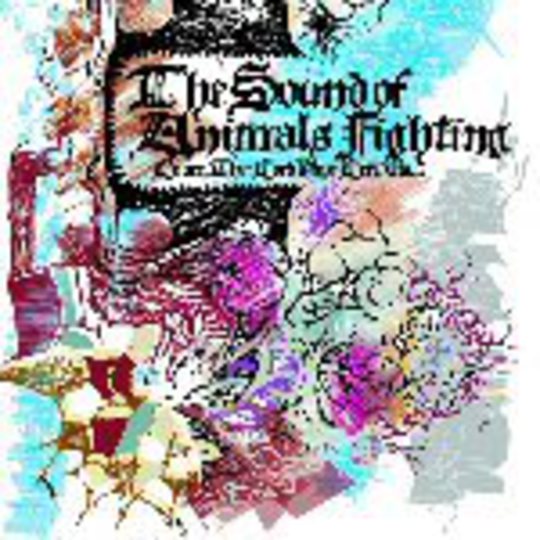 "New music... new listening... not an attempt to understand something...w e are no longer the same, after hearing certain sounds."

'There can be no dispute that monsters live among us.'

Never dismiss the element of surprise. You can wax lyrical about the importance of flow and the ability to 'get into' an album, or for that matter any media text, but there is nothing better than a quick plot twist or tempo change to grab your attention.

Keep this in mind, as The Sound Of Animals Fighting's debut Lover, The Lord Has Left Us is by all means one of the most surprising full lengths ever released. The band, containing members of Finch, RX Bandits, Choidos and Circa Survive, have released one EP previously. This EP filled a cross section between The Mars Volta and screamo stylings not far from bands like Thursday and the previously mentioned Finch.

Now they have created in album which includes, but is not limited to:

* Vocals from seven singers, including three guests, which are sung in four languages.

* A track that could be labelled as 'Happy Hardcore'.

Sounds dreadful, right? By all means it should be, but somehow the album is as enticing and thrilling as it is eclectic and surprising. This is because the album sounds less like thrown entrails that have remained stuck to a wall, than a painstaking, yet loving, osmosis of the entire musical spectrum. Take 'Horses In The Sky', which is one of the most direct tracks on the album and would be a post-hardcore 'anthem' if it wasn't for its incorporation of elements of drum 'n' bass and dance, along with sampled German vocals, a minute long guitar solo and a swelling violin part.

Not every track is as varied in itself as this, but there is still a breathless stench of anticipation, with the band dragging the listener through countless dimensions, spinning a globe and landing their vehicle on whatever point the finger, or less figuratively, the CD laser or vinyl needle lands on.

Highpoints and lowpoints are hard to find; there are parts of the album that will fill some listeners with repulsion and others with exaltation. For example, some may dismiss 'The Heretic' as little more than wet synth-pop that Jonas Bjerre would sneer at, and the same may argue that the two previously mentioned acappela tracks 'Unaria' and 'Unaria Ancora' do actually add to the album. That I disagree is irrelevant.

As you have probably noticed it's difficult to summarise Lover... in the constraints of a review of a readable size. To be fully applicable this review should be fed through William Burrough's cut-up machine, referenced by David Foster Wallace, spat out by Hunter S Thompson and then translated into Ladino or Nuuchahnulth. Then deleted.

Open your eyes, open your heart, open your soul but more importantly close any prior expectations and dive in head first. After record of the year contenders from volcano!, Anathallo and Band Of Horses, middle America has brought us another forward-thinking future classic that whilst not being the easiest record to digest leaves you salivating for another taste.

Panic At The Disco, Men Women And Children at Astoria, London, Tue 25 Apr