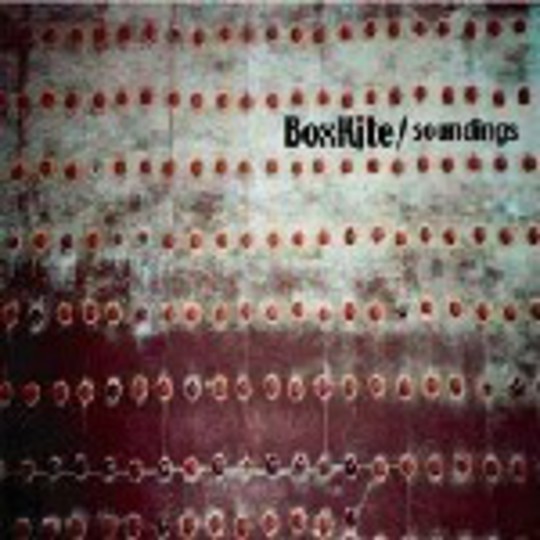 Sometimes, one man's quest for perfection in artistic terms is another man's idea of boredom. And yet, whilst it would be downright rude and nonsensical to dismiss the likes of 'Soundings' as just A.N.other Boards Of Canada/Tortoise soundalike, there aren't too many moments on here that reek of divine inspiration or indeed, individuality.

But let's start with a brief introduction to Box Kite, which is basically the one-man project of Bob Stewart. Having skirted around the Kansas City independent scene for almost a decade and a half playing in numerous bands on a one-way ticket to nowhere fast, disillusionment set in and Stewart started embarking on a new quest to fuse as many sounds - whether they be jazz, electronica, psychedelia or drum'n'bass - together in ways no one had dare breach previously.

To his credit, 'Soundings' isn't a bad place to start, and if you've any respect for the likes of John McEntire or Ulrich Schnauss' work, you'd be quick to appreciate the intricate nature of Stewart's Box Kite project.

What 'Soundings' doesn't contain though are many moments of exquisite glory that set it apart from every other slab of sub-Warp avant garde electronica, although 'Moon Observers Handbook' with its pugilent drum and bass interludes and sacred wedding chimes, and the equally charming 'Those Eyes', where Epic 45 go for a run round The Aphex Twin's farmyard, offer differing forms of respite from the tired formulaic routine of the rest.