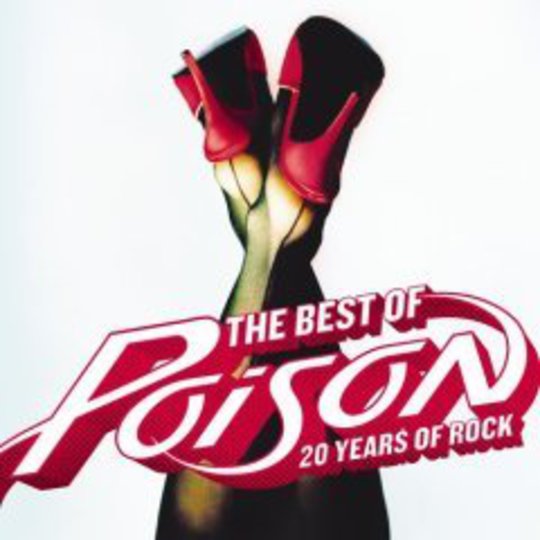 If you believed all the incessantly cliched clubnights and retro fashion stockists currently taking up space on the block, you'd be of the inclination that the 1980s was all jodhpurs, crimpolene shirts, wedge haircuts and synthesised new romanticism. And you would also have missed the point by a country mile or two.

Because possibly the most successful musical phenomenon - particularly on the stars'n'striped side of the Atlantic - of that decade was undoubtedly the MTV endorsed glam rock movement spearheaded by the likes of Motley Crue, Guns'n'Roses, WASP and Californian pin-up boys Poison.

With countless drug busts, sex scandals, in-band fist fights, numerous break-ups and general rock'n'roll mayhem aplenty, the story of Poison may not have been as well documented as the more debauched tales of the Crue et al, but Bret Michaels, CC Deville, Ricky Rockett and Bobby Dall all dabbled with the high life on countless occasions throughout their heyday.

With six studio albums to choose from, it probably goes without saying that Poison's zenith both creatively and commercially ran from 1986-1989, something that is well documented here as half of this 'Best Of...' is lifted from the band's first two long players, 'Look What The Cat Dragged In' and 'Open Up And Say...Ahh!' Indeed, the likes of 'Talk Dirty To Me', 'I Want Action', 'Nothin' But A Good Time' and 'Cry Tough' stand the test of time well, clearly disproving the popular theory that this genre was nothing more than bravado calls about big cars and even bigger tits with no musical substance worth mentioning.

If anything, its when the boys get too serious and retreat to overwrought ballad territory that they begin to lose direction and ultimately popularity, although a certain band from Seattle's emergence on the music scene no doubt helped play their part too.

Still, 'Unskinny Bop' is still great fun to jump around too at 3 in the morning when the clubs have closed, while the inclusion of brand new track 'We're An American Band' would suggest that Poison have still got it to rock out with the best of 'em, even if the peroxide bottles may have been replaced with tubes of anti-greying cream.

As compilations go, 'The Best Of...' isn't the easiest of listens from start to finish but at the same time, their longevity in the face of derision and adversity should be admired, and along with their contemporaries from the same era, Poison's status in the rock'n'roll hall of fame assured.

Kick Out The Grams/Postmodern Stars