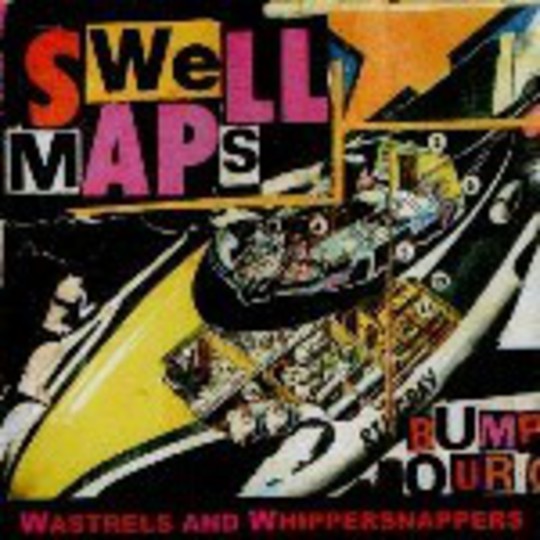 When Swell Maps co-founder Nikki Sudden became the second ex-Map to pass away in March of this year, you'd have been hard pressed to find even the slightest mention in any of the high street rock'n'roll weeklies, let alone something as ornately touching as an obituary.

Which is a crying shame because throughout his career, Sudden had never been afraid to take risks in order to push the boundaries of his and his audience's musical education that one step further, even if the results didn't always guarantee aural pleasure.

Formed in Solihull at the back end of 1972 by the Godfrey brothers Nicholas (aka Sudden) and Kevin (aka Epic Soundtracks), the Swell Maps didn't actually play live until Boxing Day 1977, by which time the whole punk rock explosion was well underway and its' second coming - or new wave as it came to be known - was already starting to take shape in the suburbs and smalltowns of Great Britain.

What really made the Swell Maps stand out from the crowd was how they didn't conform to any set rules or norms. At a time when anything went, they really were the oddballs of the anomaly set. Although their debut single 'Read About Seymour' (sadly not included on this compilation) is widely regarded as being one of the first real Do-It-Yourself "independent" record releases of the post-punk era, their sound didn't just encapsulate heads down 1-2-3-4 thrashes, but also improvised krautrock jams, prog rock monologues and glitzy glam blasts, many of which cropped up on numerous occasions during the same song.

'Wastrels And Whippersnappers' is a compilation of the band's earliest home recordings, and all but four of the 23 compositions here have never seen the light of day before, an achievement in itself for a band whose bootlegs are more legendary than their official recorded output.

Whilst the primitive versions of second single 'Dresden Style' and 'Harmony In Your Bathroom', later to appear on the band's debut long player 'A Trip To Marineville' make interesting listening, it's the experimental jams and noise collisions such as 'Platinum Blind' and 'Gramofonica' that really confuse and infuse the listener in equal measures, as prototype Can rhythms collide with punk sensibilities to create something bafflingly unique, even if the finished product well...never got finished, basically.

Elsewhere mashed up versions of the national anthem and Batman theme sit side by side with oscillating drones such as 'Below Number One' and the orgasmic splutter of 'Full Moon-Blam-Full Moon' that only reveals one of the most invigorating, original bands this country has ever produced.

Possibly the only downside with 'Wastrels And Whippersnappers' is that in these times of digitalised recording techniques, home recordings like these can sound unnecessarily messy, and if you want a more sanitised eulogy to the Swell Maps legend, seeking out a copy of the aforementioned hard-to-find '...Marineville' or its successor '...in "Jane From Occupied Europe"' would perhaps provide a more definitive covenant. Still, 'Wastrels...' is a fascinating listen and a fitting tribute to the passing memory of its two most noted creators, Sudden and Soundtracks.