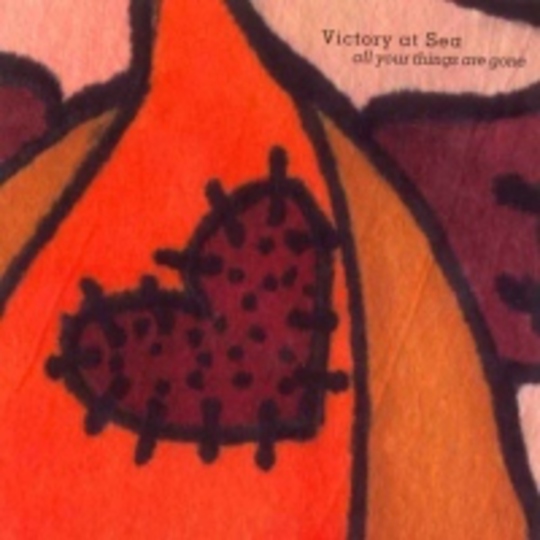 We are all winners round here; grade A masters of subjugation. Dang fine motherfuckers with a penchant for success.

So it makes sense that Victory At Sea’s sixth record, All Your Things Are Gone, makes so much sense round here. It’s a sinking, beautiful mess of lonesome vocals, a gang gathering of lo-fi charm and dastardly female Tom Waits-isms. It’s a spaghetti western with a punch drunk PJ Harvey as its lead cowboy.

But this was not what I expected. When the booze sweating...scratchcard stealing...wife beating excuse of a postal clerk handed me the rain stained envelope, I anticipated an LP of psychedelic metal batterings, something Master of Puppets-esque, ‘Tallica in a tent-like.

The pinnacle, the moment of utter triumph, is ‘Bored Otherwise’. Its smoke stained drive and indie procession pomp reek of Albini’s distorted handiwork, as if the rapeman-man had decided it was time to write his funeral song, his hit single, his moment.

And the heartbreak of morbid lethargy continues throughout, offering a mad Monday Monday (double/start) morning feel. Elliot’s words are simple and sweet, soft and crushing. She’s not a poet, rather a lizard lashing troubadour with a healthy turn of phrase. ‘The Letter’, a take that screams David Yow whispering through a New Orleans garden party, offers the most fitting refrain: “It’s not your birthday, it’s your funeral. What a shame. The understatement of the year award, goes to you, because the last thing that you said to me was ‘Hey, I’ll see ya later’”.

Round here...we’ll keep winning, and Victory At Sea...I’ll see ya later...

The Very Best Of