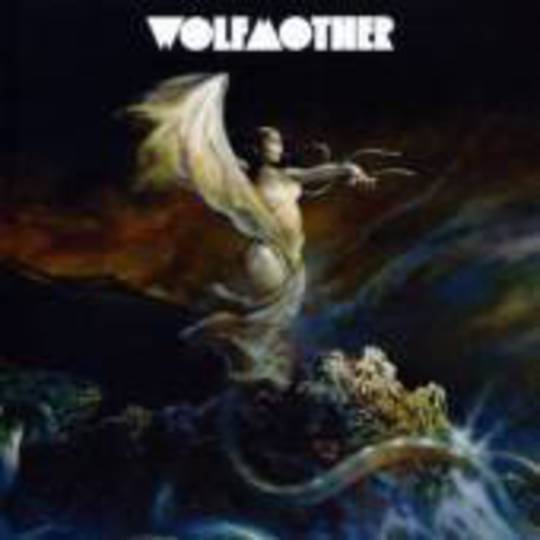 Coming at you like that badass 1970s hairdo that your dad will remember forever because it was just so damn hot, Wolfmother's debut album is deliciously downright dirty. And, from the sounds of it, they're probably going to try and get a piece of _your _mother.

Crikey, these Aussies just don't take any prisoners. Launching straight into recent single, 'Dimension', with an unearthly wail, you can imagine Andrew Stockdale stomping around the studio, laying luscious, protracted, bluesy riffs over the vicious beats behind him. He squeals through every single track like a young Ozzy Osbourne, giving an exhilarating and energetic sense of desperation and cathartic fulfilment that you can't help but join in with. This is a party band. You're going to want to dance to this.

Every song is seemingly about a different woman (see: 'Woman') and the album has that cracking retrospective feel about it throughout. Y'know, when you hear a song and it sounds like something decades old; something with real pedigree, but then you find out it's brand new and that really excites you because you'll be able to see them down your local club in a couple of months. Fans of The White Stripes will lap this up with an extra helping of filth.

Remember Jet? Yes, the last Australian retro rock band. I hope that Wolfmother aren't about to start calling themselves original or different because it's more like they too are hoping that everyone missed the 1970s. Sounding like a heady mix of every unoriginal reference point you could possibly have from that decade - Led Zeppelin, Black Sabbath and Motorhead - the trio ply their psychedelic grooves without a care in the world.

Maybe Wolfmother have created an album which will serve as an ideal entry point to a different generation of music. Maybe they are merely playing a kind of music that, in this beautiful world of irony and self-flagellation, is deemed "cool". Maybe they've just made a record with staggeringly backward-looking artwork with a whole bunch of even more backward songs to put inside.

Whatever they've done, prepare yourself for their onslaught because sadly, once they start, I find it difficult to see who's going to try and stop Wolfmother.