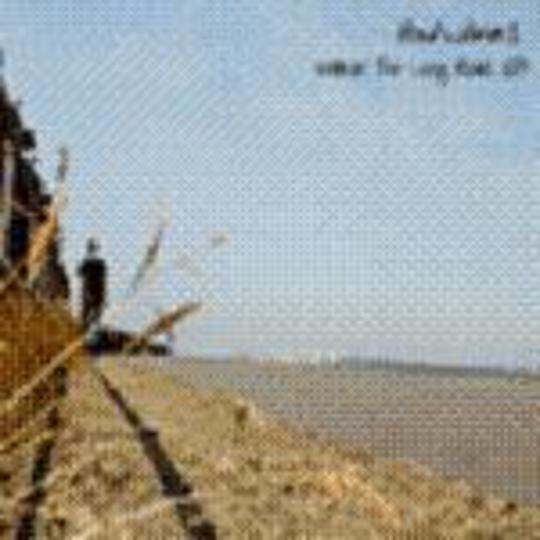 Yeah, we know, slightly fey and gentle lamb-like guys singing tender songs about, y’know, life and stuff with only an acoustic guitar and their own dulcet tones for company…so_ hot right now, isn’t it? And, granted, the _‘Walkin’ The Long Road EP’ by Liverpudlian singer-songer Paul Wilkes is not the most repulsive result from the New New Acoustic Movement, but suffers ultimately from the trait that Jack Johnson, Jose Gonzalez et al have all too prevalent in their music – i.e. the lack of variation, even across four songs, which makes his music all-too-rapidly a pretty dull option.

Here, from the moment some gentle plucking from opening track ‘Stories Told’ drifts modest and apathetically into the ether, it's obvious that the boy Wilkes’ saving grace is his rich voice. Reminiscent on more than one occasion of Richard Ashcroft’s more downbeat moments, it's not the most remarkable of all warbles of recent times but his deep and soft mumble is hardly unappealing and carries his songs well enough. It's just there's a sense that, whilst his voice is charming and graceful, there is nothing to compliment it, as the songs themselves are, at best, pretty but ultimately uninspiring. For the subjects that Wilkes claims to tackle in his lyrics - ‘Hanging On A Thread’ about the ignorance inherent in relationships, ‘I Want The World To See’ concerning the selfish nature of celebrity culture – the lack of passion in the words themselves make the sentiment seem vacuous, and the musicianship, whilst skilled, does little to make itself register as more than a distant hum below his vocals.

Don’t bet against Paul Wilkes one day creating something truly heartbreaking – he comes closest on ‘I Don’t Mean To Be’, scattered as it is with crooned “darling”s and the feeling that it is apologetic in a desperate rather than unassuming way – but for now his songs are generally a bit too ‘mellow’ to get particularly passionate about. Wouldn’t be unwelcome soundtracking the next slew of mobile network adverts, but won’t be revisiting your correspondent’s CD player too often.