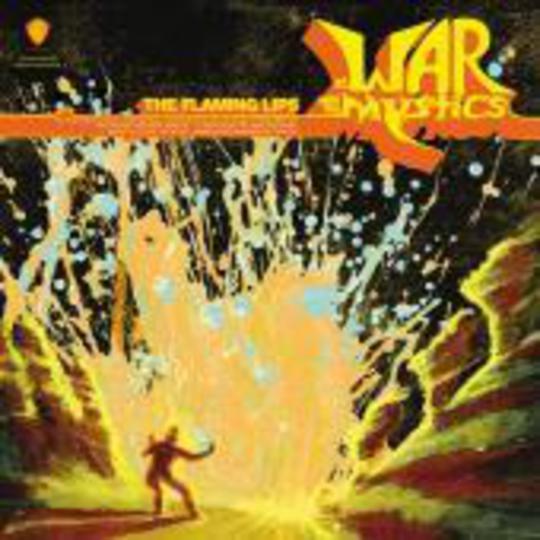 Because, face it, The Flaming Lips steadfastly refuse to adhere to the straight-and-narrow guidelines that guarantee continued success. Their two-albums-back crossover proper, The Soft Bulletin, won them additional legions of acolytes, no few culled from the former grazing ground of the musically elderly, Radio 2. This is, in a way, the oddest chapter in the Lips’ career to date: it’s not everyday that a trio of sonic freaks find themselves play listed between Heather Small and James Blunt; it’s a rarer day still that one of them presents an award to the latter insipid solo ‘artist’, as frontman Wayne Coyne did at the last Brit Awards.

“How do we keep going on?” asks the grey-haired singer as the last seconds of closer ‘Goin’ On’ fade around him. “We’re going on.” And on, and on… be fair, few at the time of The Soft Bulletin’s universal acclaim would have predicted that, two albums later, The Flaming Lips would still be in a position rarely achieved by even the most commercially viable middle-of-the-road rock acts. They’ve maintained their position as arena-filling artists without compromising their more maverick tendencies. Thus, we have a song like ‘Free Radicals’, subtitled (A Hallucination Of The Christmas Skeleton Pleading With A Suicide Bomber), that sounds like Prince receiving an internal tickling from Add N To X’s metal fingers; like Curtis Mayfield and Bootsy Collins aboard a star cruiser in the twenty-fifth century dropping cluster bombs of candyfloss onto a city of Robot Wars failures. That, and nothing, and everything else. Lyrically it provides the first evidence of the band tackling political subject matters – “Without all your bodyguards, how long would you last?” is just one line that seems to refer to a certain president – coming as it does at track two of twelve. Track two? Wait…

Radio 2’s key demographic will have an absolute treat of a time with ‘Pompeii Am Götterdämmerung’: the album’s eleventh offering is a timely tribute to the epic progressive-rock of the seventies, all smooth chords and shimmering bombast. That it could conceivably be lifted from anything from Brain Salad Surgery to Tales From The Topographic Oceans works entirely in its favour: it’s magic, simple as, lyrics buried beneath a composition so stirring, so grand, that even hardcore punks will be forced to doff a patch-and-badge-strewn cap its way. ‘The W.A.N.D.’ too is possessed by a musical power of old, its funk-bass an echo of the most inspirational soul (and disco, if we’re being daring) history can call its own. “We got the power now, motherfucker!” announces Coyne, himself charged by some alien energy in his veins, “That’s where it belongs.” Again, the lyrics are concerned with contemporary global politics – there’s talk of owning weapons to solve questions, and the confusing of power with greed – but The Flaming Lips don’t allow any such agenda to cloud their wonderfully futuristic (or is it wonderfully retro?) music, which rises and falls and splashes and beaches and bounces and does everything necessary to have the listener breaking into a sweaty dance.

Sweetness follows, or rather precedes: ‘Mr. Ambulance Driver’ soothes the burn left by the jerky strut of ‘It Overtakes Me / The Stars Are So Big… I Am So Small… Do I Stand A Chance’ (to give seven-of-twelve its full title). The former is perfect drive time fare, its consistent siren aside – played at the right hour on a weekday, expect to see the outside lane of the M1 pull over in unison. The latter is divided: its opening fizzes and pops with a funk similar to ‘Free Radicals’ while blasts of prime prog-like grandeur pierce the bass-heavy tomfoolery, but its last few minutes are taken up by the album’s most serene passage. It’s The Flaming Lips do post-rock elegance via The Division Bell, a few moments so heavenly that the iPod listener will be forced to stop in their tracks, sit down, and just let the music take them somewhere magical. ‘Vein Of Stars’ is similarly ethereal, albeit in a more conventional, slightly (comparatively) clichéd fashion. Not that such re-treading of ground makes it any less affecting.

Lead physical single ‘The Yeah Yeah Yeah Song’ opens proceedings in a fluster, but, as the above is testament to, it’s far from a representative track. Indeed, no single song here can serve to summarise At War With The Mystics’s whole; in many ways it’s the most wonderfully out-there record the Lips have ever produced. With expectation primed for an album of either relatively predictable AOR or a repeat run of Yoshimi…, these three men have crafted a long-player that both immediately stimulates the right pleasure centres and has longevity in spades. It’s an album from a future we know not trying to identify today’s failings, and it does so in a fashion so decadently intelligent that these ears, at least, can’t stop coming back to it. It's a record that reminds the writer that it's okay to love music; that just liking it enough to pen a few words isn't a worthwhile investment. That it’s a certainty for inclusion in critical end-of-year top tens is a given.