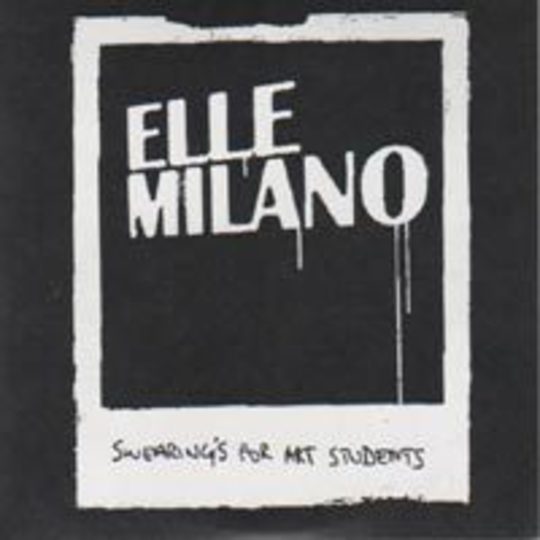 With names like Je'Suisse, Kobe Winona and Miss Betty K among others and a penchant for creating rackets that envisage Huggy Bear hamming it up with the Beastie Boys at Test-Icicles' leaving do, Leicester four piece Elle Milano surely can't go wrong, right?

Well no, not really, and 'Swearing's For Art Students' bears the first fruits of the foursome's short career. Strangely enough, the title track is the weakest on the EP, a mid-paced rant defending their middle class backgrounds and such like. Okayyyy. Still, life is a marathon not a sprint, and on the self-pontificating 'Men Are Bastards' things start to liven up, as the aforementioned 'Bear go wrestling in the words with cargo load of Marshall amps and an eight track sampler that reveals the most joyous slice of angst pop you'll have heard this decade.

Now in full throttle, 'Amphetamine Skyrocket' and 'Believe Your Own Hype Always' further reaffirm the belief that Elle Milano could possibly be the most exciting band to burst out of the suburbs since...well, you know where we're coming from. If their live show is anywhere near as frantic, engaging or messy as this then get me to the front row NOW.

On A Bridge Between Clouds