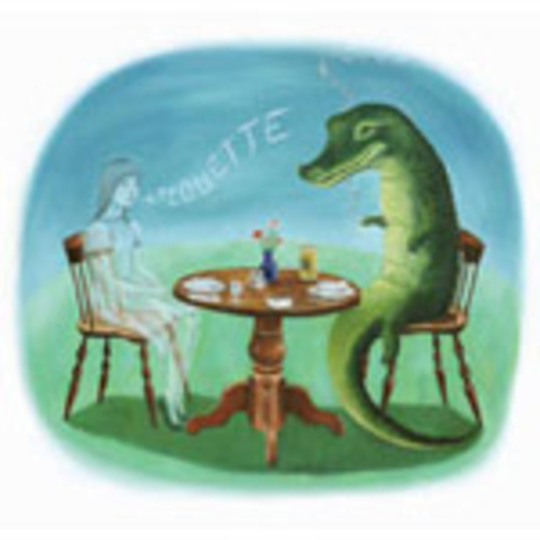 It’s entirely contradictory that Owen Ashworth – a.k.a. Casiotone For The Painfully Alone – opens his fourth album with the line “Woke up with fingers crossed.” There’s little optimism here, little luck about to turn our protagonist’s way, and although the opener in question, ‘New Year’s Kiss’, focuses on a character stumbling around a morning-after’s aftermath, Ashworth’s tone is pure been there, done that. Etiquette continues as it begun: tiny scraps of factual relevance pieced together to form an unwanted whole, bitter truths disguised by half-smiles and handshakes. It’s an album to render manic-depressives irretrievable.

Or, is it? An initial listen certainly suggests so, and lead single ‘Young Shields’ is entirely wrapped in encroaching failure, but later Ashworth’s compositions – largely constructed within the confines of a computer (although not limited to such a means of manifestation) – take a turn for the upbeat. ‘Scattered Pearls’ is a brilliantly New Order-esque slice of jovial dance-pop, female vocals recalling the loss of grandmother’s pearls at some nondescript club or other delivered deadpan but augmented wonderfully by sunny, skittering beats. ‘Love Connection’, too, is enriched by optimism, a rare delight indeed across these twelve tracks. The closer finds Katy Davidson (of Dear Nora) undertaking lead vocal duties, and although her lyrics are sometimes a little too graphic to be comfortable, the climactic tone of Etiquette is noticeably improved from its beginning.

Getting there can be arduous: Ashworth earns sympathy aplenty vocally, but his mechanical compositions occasionally jar awkwardly against his heartfelt outpourings. This, of course, is what separates Casiotone from so many other confessional acts that seemingly favour to dwell under grey skies than head to more clement horizons – it’s never clear come a song’s end whether resolution has been reached, whether Ashworth has found whatever peace eluded him three-or-so minutes earlier. The most obvious case in point is ‘I Love Creedence’, the album’s absolute heartbreaker. To unravel its layers of lyrical bitterness, disguised as understanding, is to strip it of its charm.

Listen, cry a little, make up with someone you burned last week. Then go around again.