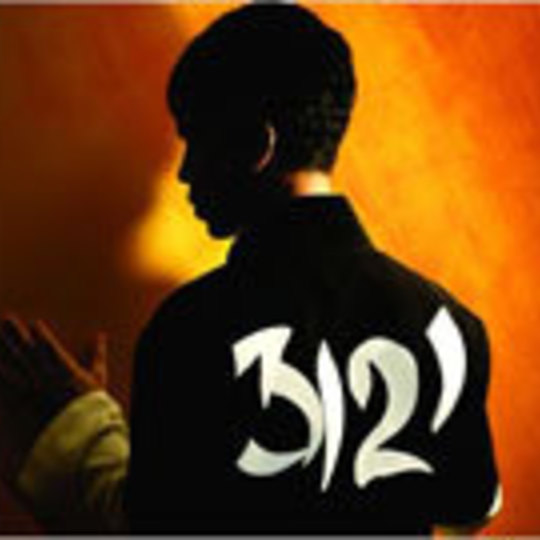 After re-writing the rules of pop and dance music, influencing everything from the industrial electro of Nine Inch Nails to the British indie/dance scene of the early 90s, Prince seemed to gradually fade away, attracting plenty of mockery in the showbiz columns for his 'Artist Formerly Known As' antics, but not really releasing much in the way of good records. In his absence, bands that can only have been inspired by him - NER*D and The Black Eyed Peas, for example - have tried to grasp the baton and run with it, doing good work, but never really reaching the genius levels of their mentor. In what could now be an advert for the merits of iTunes, Prince's last album, Musicology, had three brilliant rays of hope, including the single of the same name... and a bunch of filler. Opening with a title track that mesmerizes you in the way 'Girls & Boys' did, 3121 is at last a sign that one of pop's great eccentric geniuses is firmly back in the game.

Slowly infusing a metronomic groove with minimalist dark jazzy vocals, and splattering the whole thing in discordant pitch-shifted guitar as if RATM and Fugazi were having a jam over the top, that opening recipe is one of his best. It's reminiscent of something that might have appeared on the Batman soundtrack, but weirder and darker. '3121' and current single 'Black Sweat' (which sounds like Timbaland trying to record 'We Will Rock You' at Trent Reznor's house) are perhaps the highlights of the album, but there's plenty of evidence of him rediscovering the upbeat snappy pop that gave him some of his biggest hits: 'Lolita', 'Love' (slightly reminiscent of_ 'Yeah!'_ by Usher, but that's not a bad thing), 'Fury' (harking back to his work on Around The World In A Day, but interspersed with lead guitar, reminiscent of Supernatural-era Santana meets Van Halen) and 'The Word' (think Prince does Mirwais). The album closes with a slice of the classic funk that he still does so well, 'Get On The Boat'.

Like many of his records, it's more of a collection of songs than a 'play from beginning to end' affair. There are several moments of softly softly schmalz in amidst the high points that will catch in the throat of everyone who's not keen on mainstream modern R&B, but it's easy enough to skip them. Besides, in this age of mp3 players one can pick and choose what makes a person's playlist.

Time to brush up on those dance moves and cross your fingers he'll tour...