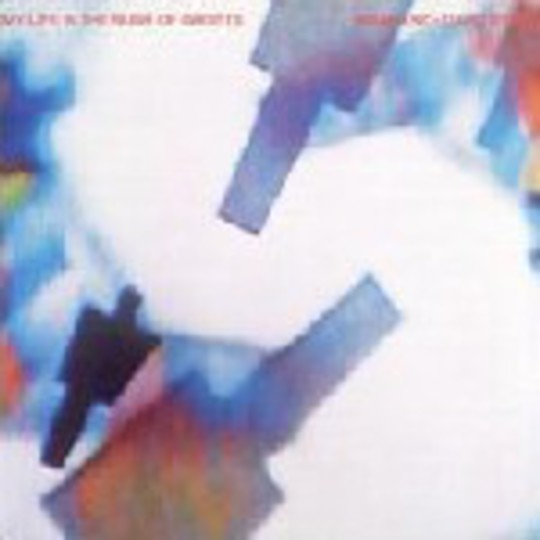 25 years ago, musical demi-gods Brian Eno and David Byrne decided to make a record together. Both were known for their diversity and innovation, having already significantly influenced the musical climate they dwelled in, and in working on Talking Heads' Remain In Light the pair had already established a creative relationship. The ensuing record, named after an African folktale written a further 25 years earlier, was My Life In The Bush Of Ghosts and took its listener on a sensory voyage around the far-flung corners of the world, beginning in the mind and ending in the middle of some dark, anonymous forest. Its reissue now sees it offered back up to the public, supplemented with outtakes from the sessions leading up to its recording.

My Life In The Bush Of Ghosts takes its time in unravelling, unfolding slowly until, at the last, all its elements lay bare and isolated. To begin with it's a bold record; hip, paranoid funk clashes with beats and samples that still sound ultramodern, bashed together in a fevered collage. Both artists' backgrounds are called into reference early on, the ghosts of Talking Heads' urbane cubist pop and Roxy Music's slinky nocturnality flitting back and forth in the shadows of 'Mea Culpa'. Yet another layer colours it; a kind of tribal eeriness, rhythm ruling instinctually over melody, sung lyrics ousted in favour of fragmented cut-and-paste voices.

Most prevalent is a sense of disorientated panic, as creators and listeners alike find themselves in alien terrain, surrounded on all sides by the unfamiliar. By 'Mountain of Needles', My Life...'s original closer, the atmospherics have taken over; the samples have dissolved into a fog of resigned naturalism, the jittering beats reduced to a smoky pulse, and in a supernatural way it all seems to make sense. Though Eno and Byrne claimed the record wasn't based on the book it borrowed its name from, the narrative of a boy lost in a spectre-laden jungle for a quarter of a century is wordlessly borne out here, as the trappings of Western pop music are slowly filtered out, leaving the listener lost, alone and accepting, by the end, in an wilderness of sinuous, woody echoes.

Mired in My Life...'s swamp of found-sounds writhe African tribal dances, muezzin calls to mosque, camels undulating across deserts and evangelical exorcism, all twisting and mutating into an new organism. Eno and Byrne's dual achievement is the simultaneous authenticity and accessibility that saddled this record with terms like "seminal" on its original release in 1981. Gabbled speech and stretched-out song drifts in from Arabia and America's deep south, bongos and synthetic guitar reverberate with new, unconnected ideas... and none of it sounds forced or worthy. None of it jars ingratiatingly as ill-advised and ill-informed forays into "world music" often do. My Life is a simulacrum; even as its snatched elements float anchorless throughout the record, they ring as true as if they were recorded by Eno and Byrne in their natural environments, and meld together into something quietly but instantly eye-opening that is less a scrapbook than a seamless journey.

The seven extra tracks here attach themselves easily to the record, and provide a metaphorical route back out of the jungle that My Life... leaves you stranded in; Two Against Three''s optimistic pipes, simplistic tribal hook and handclaps pull you out of the supernatural gloom into life again, and 'Defiant' reintroduces sliced up American voices into the melêe. These added outtakes are well-explored ideas rather than self-contained works, but they fit well on a record that pursues this very ethic from start to finish. As an experimental project, it's clever and varied, and a vital chapter in the history of electronic music and sampling. As a pop record, it's tantalising, sensitive and essential; if you don't already own My Life In The Bush Of Ghosts, the reissue's extra tracks make now as good a time as any.