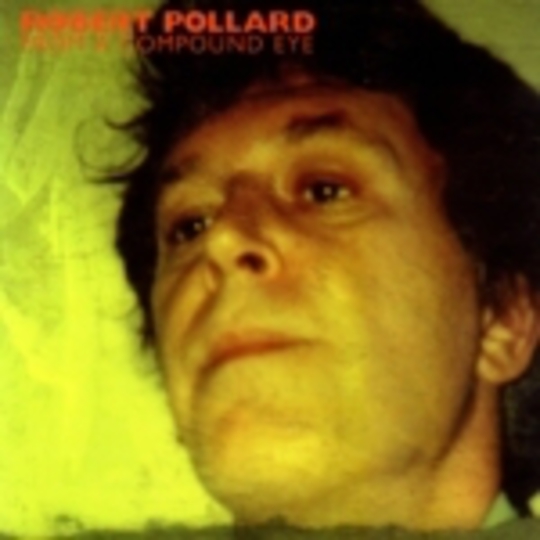 Robert Pollard may be swiftly approaching fifty years of age, but there are no signs to suggest he’s about to slam the brakes on his musical career. Throughout his tenure with Guided By Voices, Pollard proved himself to be one of the most prolific singer-songwriters in the current scene, writing their last 10 albums in as many years, as well as a string of EPs, split releases and his own solo work. From A Compound Eye, his first album since disbanding GBV on New Years Eve 2004, marks the start of his solo career proper despite him already having released five solo albums (plus a stream of other releases) before now.

If someone, somewhere built the perfect house out of indie, only for a giant ACME bomb marked ‘WARNING: lo-fi’ to drop through the roof from a great height, then From A Compound Eye is the sound of Robert Pollard picking through ground zero; it plays like a kind of audio Attention Deficit Disorder as twenty-six slices of skewed pop and fuzzing, buzzing lo-fi fade out just as they appear to get going, or are little more than a progression of one guitar riff and a few lines of vocal before they suddenly stop, Pollard’s attention moving swiftly onto whatever’s next. Radio-friendly single ‘I’m A Strong Lion’ only just makes it past 60 seconds before it has been and gone, in much the same way as an infant discards toys, and the next track is already playing.

It’s a lot to take in on the first listen as the songs skip from one to the next, with only the immediately accessible ‘Dancing Girls And Dancing Men’ with it’s Beatles-esque summery uptempo feel and ‘I’m A Strong Lion’ likely to leave a lasting impression first time around. Musically it’s an amalgamation of Pollard’s influences, from the aforementioned pop numbers reminiscent of GBV’s Do The Collapse and Isolation Drills albums, to songs like ‘I’m A Widow’ and ‘Kick Me And Cancel’, foot-stomping riff-heavy numbers with a foot firmly rooted in Seventies rock. Add to this a handful of lo-fi recordings which are little else than a few simple chords and indistinguishable vocals over screeching noises and a couple of acoustic ballads, and what you’re left with is an album which manages to take in each of the sounds that made Guided By Voices special over the years, yet not favour any of them.

Whilst anyone who only appreciated Robert Pollard for his pop moments will probably find such a varied dish as this quite hard to swallow, it is a solid effort. What it lacks in instant appeal it makes up for on repeated listens as the hidden gems shine through, and whilst the different styles it adopts can make From A Compound Eye feel slightly untidy and overstocked on occasion, the ambition and craftsmanship present makes warming to it hard to resist, although the similarity to his previous works means it won’t convert anyone who isn’t already suitably enamoured with one of the godfathers of lo-fi.