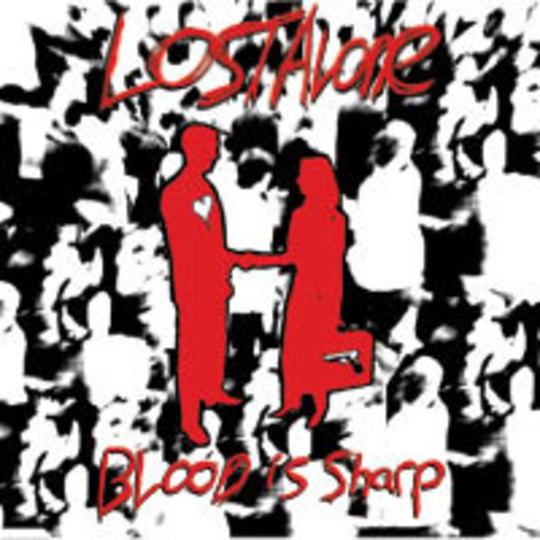 We're barely five seconds in and Lost Alone vocalist Steven Battelle has already made his intentions known: "Don't waste your feelings and your hopes on love," he intones over a slightly acoustic backdrop. _"Not another Coldplay lite melodrama!" _I hear you shriek in the background. You'd be wrong.

Half a minute later, the most thunderous of riffs makes the hairs in your ears stand on end. It's just as well: something drastic is called for to stem the flow of blood from one's hearing recepticles after this little lot.

'Blood Is Sharp' throws together a smidgen of the Pixies' obsolete way with words and melodies, a healthy dosage of Muse-like theatrics and rounds off with the panache of a band who believe they're only here to fill stadiums, like a latter day Bon Jovi if Sambora and company had grown up in Spondon or one of the many under-nourished suburbs of Tony Blair-era Derby.

B-side 'Dead In The Future' shows that Lost Alone have more than just power and bluster strings attached to their finely tuned bow, as its deceptive ballad-like qualities rise up every time the chorus kicks in to reveal a behemoth-like 'Radio Ga Ga' monster for the new noise generation.

Simply unstoppable in a Monster Trucks kind of way, this single will have you gagging for more.

Comes To Your House