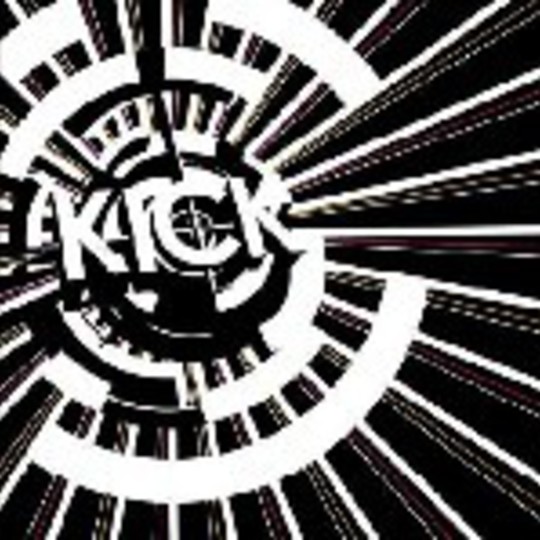 White Rose Movement are perhaps the monosodium glutamate of rock and roll. Initially addictive and tantalising, an hour of consuming their slickly engineered autopop leaves you with little more than a faint sense of emptiness. That's not to say Kick is a bad record. It's just that its neon-lit eighties electro is more than a little vacuous. Still, when did the absence of vitamins ever stop you eating Hula Hoops?

That White Rose Movement picked up one of their members in London tastemaker club Trash is telling. Founded on hedonism, whiplash beats and ultra-edited vox, WRM are children of the brief but - admit it - exhilarating electroclash explosion a couple of years ago, and their debut is a record that needs surround-sound. It won't arrest you all on its own; Kick is dependent on context. Headphones are good - ceiling-suspended monster-woofers in a packed, pulsating club, pounding relentlessly while you drown in your own sweat, are better. That being the case, it's unsatisfying as a complete record; you're only ever going to hear it in the right context one song at a time, and listening to it in its entirety, the mind wanders all too easily.

Nonetheless there's plenty to enjoy. 'Love Is A Number' still sounds great, and has outlived its predicted shelflife; it's as sharp as it was six months ago, slicing you open in a hundred places with a shower of razor synths and an euphoric, sex-soaked chorus. Paul Epworth did the job right first time round, and the album version is no departure from the single. His presence is stamped unmistakeably across the record; it's impeccably produced, bringing credibility and regal confidence to WRM's frequent Depeche Mode hero worship. Their reliance on DM's reckless, compulsive sound cannot be emphasised enough. The viperous, speeding 'London's Mine', surely a future single, pays accurate and thrilling tribute to Barrel Of A Gun, and the concise but dreamy 'Deborah Carne' sees singer Finn Vine elegantly approximating the inky purity of Dave Gahan's ubiquitous, self-contained vocals.

When not listening to Depeche Mode, watching Depeche Mode or imitating Depeche Mode, White Rose Movement enjoy clubs, women, alcohol, and replicating other bands' sounds - thus 'Idiot Drugs'' likeable rearrangement of The Cooper Temple Clause's 'Panzer Attack' and the Adam Ant absurdity of present single 'Girls In The Back'. Theft is the order of the day - but it's boldly, not sneakily done. On the better songs, Finn Vine's sweat-flecked, chromic vocals set off a current of urgency, complementing the slick torrent of rhythms and synths, and it's hard to begrudge them such cheerful plagiarism. White Rose Movement make for fleeting musical friends; take them at intoxicating face value and let them soundtrack your dizziest nights, and all will be well. Come the grotty, regretful mornings after, however, when you need something kind and wholesome to soothe your head and your conscience... keep away. They'll only let you down.