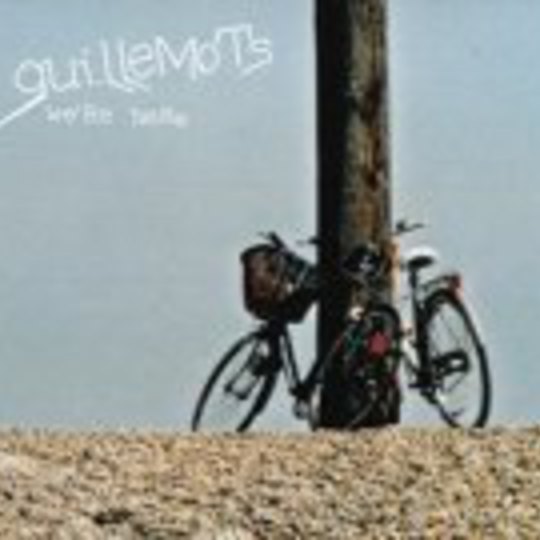 A couple of fine singles in, some of the buzz settling to hum, now would be a good time for Guillemots (use a definite article at your peril) to pull out something really special. The title, 'We're Here', even implies it. A consolidation of their windblown atmospherics into one tidy calling card. Their big single. Their hit.

But second guessing Fyfe and chums is like betting on a cat race. They are not predictable beasts. 'We're Here' is special, majestic even, but also oddly provisional on first listens. As if, in an effort to push for the biggest possible dose yet of their customary last-day-on-earth mood, they somehow forgot to finish writing the song.

Liberally doused with strings it scoots mischievously around the radio dial, landing on bursts of epic pop amongst the static. "Is that Scott Walker? * Nah, too high pitched. That could be *Ultravox - oh my god, that sounded like Andrew Lloyd Webber!"

This is either the sound of a band who are determined to develop and do something new and will risk sacrificing instant accessibility to do it. Or of a band using every production trick they can think of to turn an album track into a single. Whichever, it seems to beg for repeated plays at anti-social volumes with the windows open to help make your mind up.