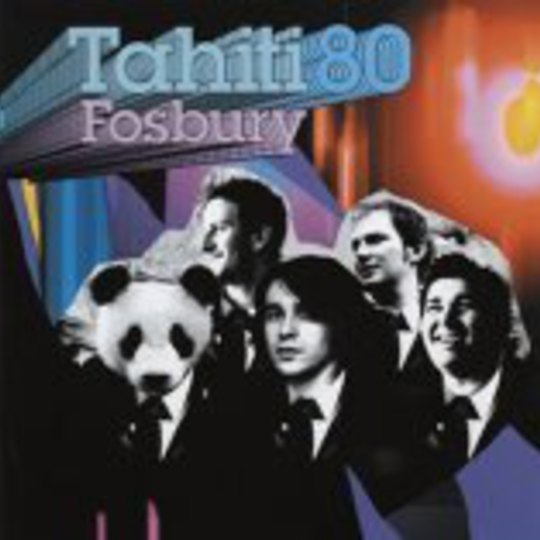 Being brutally honest, there might not be too many people eagerly counting the days down to Tahiti 80's belated long playing return. Their first two albums were frustratingly patchy. Too many weak-kneed workouts and too much gauche feyness obscured the moments of French disco brilliance.

But they have taken time off, and live have turned themselves into a pulsatingly slick groove machine. So for those of us hoping, finally, for their unashamed statement of schmisco intent, Fosbury is greeted with dancing shoes done up and a suitable space cleared on the living room carpet.

When 'New Day'_ skitters in, Xavier Boyer's winsome falsetto suspended above an alt. Chic backing, it seems the last few years have been spent wisely. Church bells ring. The traffic stops outside. Finally, we have Tahiti 80 in all their light-headed, geeky, hip-swivelling glory.

Well... for a bit at least. The spell is gradually broken. It becomes apparent that 'Changes' sounds a bit like background music in a gastropub. So they haven't quite cleared that erratic quality control hurdle yet then.

'Matter Of Time' is one of their finest songs to date, sounding like The Style Council getting hammered with Todd Rundgren at Guilty Pleasures. But like both those artists, they struggle to navigate the path between beautiful breezy pop and anodyne makeweights. 'Something About You Girl' is so beguiling it could have you running off to Paris with them with only a passport, a spare pair of pants and the promise of an endless spring. But then the Pharrell Williams-lite 'Your Love Shines' would find you arriving to discover they lived with their grandparents in a bleak apartment in the banlieux.

Somewhere in Tahiti 80 is buried the formula for a consistently brilliant album; one to make you skip through the streets, doing spin turns at the bus stop. But this is only halfway there. We'll just have to hope they keep going long enough for a Best Of.