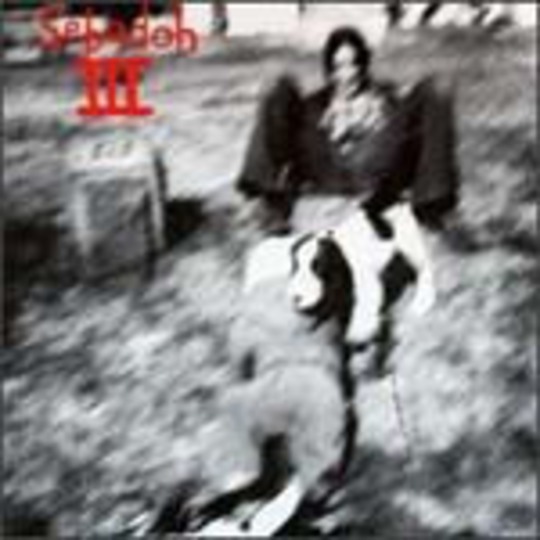 Sebadoh always struck me as the band that Kurt Cobain might have dreamt up had he never been brutalised by the macho sloganeering of Black Flag and the infectious power chords of Motorhead and Cheap Trick. They were the Nirvana that revelled in pleasing the few with their subtle, lo-fi pop songs and shied away from shouting out their pain to the world when there was a chance to whisper it to a few unsuspecting passers by.

Through the ‘90s, former Dinosaur Jr member Lou Barlow’s motley collection of musicians – set up like Teenage Fanclub, with three distinctive songwriters – turned out hastily produced gems that charmed critics but kept the general public by-and-large in the dark. 1991’s III followed two albums of four-track recordings and immediately encapsulated a generation bent on digging down to the bare bones of what made pop music great, by stripping away the showy excess that had dominated it for nearly a decade.

It was to be Eric Gaffney’s penultimate album proper with the fragmented band, which undeniably lost out without his spare, restrained drumming on later releases. He was also the group’s second-best songwriter, and although not as prolific as Barlow, provided Sebadoh with many of their finest moments. Here, Gaffney’s immediate, rough-and-ready offerings stand out with their faster pace and distorted guitars, breaking up an otherwise mellow record. ‘Violet Execution’ and ‘Limb By Limb’ make astonishing listening - like living through a child’s nursery rhyme nightmare, complete with honeyed melodies and tantrum squall.

Jason Loewenstein was still finding his feet as a writer at this stage, and of his three contributions only the pretty, Byrds-like ‘Black Haired Gurl’ makes much of an impression. Barlow, meanwhile, provides some of the most hushed, considered songs of his career. Particulary beautiful are ‘Kath’ and ‘Perverted World’, which slip by in under two minutes a piece.

If Sebadoh could be credited with one thing alone, it would be knowing when to pound out an idea and move on. The absence of repetitive hooks to ingratiate the listener might make III a disorientating listen at first, but the hooks are there - it just takes a deeper investment to reach them.

Investing in the music is something long-term Barlow fans will be more than accustomed to, however, and this album has so many fine moments to revel in that sticking with it comes as a pleasure not a chore. The band would later break in a (somewhat) more polished and equally fine sound on later records, but III is where they laid their souls most brutally bare. It remains their most affecting work.