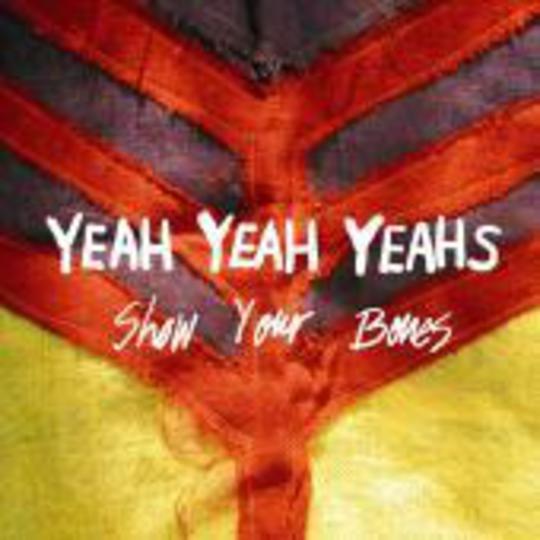 It was one of our shortlisted 25 albums of the year - click here to see them - yet due to an oversight we didn't review it (sorry!). Here DiS founder Sean shares his reaction to the album...

Like many an indie ghetto-dwelling thick-wit, I dismissed **Yeah Yeah Yeahs** as yet another clatter-clatter mess of limbs and generic indie scenester rhythms, topped with pointless lifeless lyrics. Y'know: just file 'em as some style-over-substance hipsters from Brooklyn and get back to listening to my Elliott Smith back catalogue. Surely they must just be a band for the hollow, rich kid, coke-fiend self-imposed intelligentsia (see also: people who buy but don't read _Dazed & Confused_). Then I found myself playing _'Cheated Hearts'_ on repeat pretty much all summer, waiting for that moment when they rocket a dancefloor into space armed with little more than some drums, a mic and a guitar god with a special set of pedals. Then, the obsessing began, and I started feeling silly about not being able to see, until now, the world beyond the leather jackets. It was at this time that Karen O's streams of consciousness began to leak like tributaries trickling into my imagination. It was at about this point my faith in modern popular culture, even American culture, was restored.

_ Show Your Bones_ is what happens when dusty country bourbon is poured into shot glasses in New York's darkest dive bars. It's those back-to-your-roots spirits of the plains, which you think you feel rushing around art galleries full of asymmetrical haircuts staring at bleeding sunsets in garish day-glo colours and all that post-modern melee which doesn't make much sense to anybody but art students. This is not an art lesson. This record is about being a magpie and blending what we don't expect (mmmm, cocktails).

Whilst within_ 'Phenomena' _and_ 'Gold Lion' _they have playlist tunes, it's with album closer_ 'Turn Into' _where Yeah Yeah Yeahs prove they're no longer some stylish bunch of kids with Patti Smith/PJ Harvey fascinations, but truly magnetising masters of melody, lyricism and the otherworldly pop song. It sounds like the end of _Star Wars_ if Clint Eastwood, Johnny Cash and Tom Waits had played Luke, Hans and Darth. If this, lightly string-touched, Roman torch raiser, is how they end this LP, what on post-Middle-Earth is coming next, especially with talk of Karen O's solo album!?

The production throughout is a treat of textures, power and suss. There's a peculiar muddling throughout, of soaring Hollywood sheen and bedroom giggling (hear also: don't worry, we don't take ourselves too seriously!). Nick Zinner’s guitar sounds like it’s been produced in a time machine, and the drums rise and stalk around you like Dave Grohl’s been co-producing them for 10 years with Phil Spector. If you ever wondered why bands sign to major labels, it’s so they can have the budgets to have the time to make records like this.

With this album Yeah Yeah Yeahs have proven, if we needed convincing, that they are the real deal that every oft-misplaced journo hyperbole promised; whether it’s their songs or style isn't gonna be clear for a decade or two, but what is undeniable is that Karen O is a true icon of the modern musical landscape. She's such a global beacon that she diverts fashion and gives the playfully profound freaks a leader. Every girl I know wants to be her, and every guy I know wants to take her to Rome for the weekend _(only if that’s a euphemism – Perv Ed)_. She's too cool for the indie scene, sticking out between boys in dusty suits and faded band tees like a super model eating salad in an all-you-can-eat chicken-fried-steak shack, in Houston. But if you're too cool for indie/art-rock/New York, where on Earth are you cool enough for? Cue a move to Paris, Berlin or the Moon, and writing the record which turns them into the new U2, because The Strokes and White Stripes clearly ain’t gonna step up to the plate. YYYs: it’s now your mission to shake the minds, wardrobes and asses of a planet at war with itself as ice caps melt, culture is fracturing into one thin bland mess and no-one's making music to escape into, least not like this. Is that too much to ask of a rock 'n' roll band?