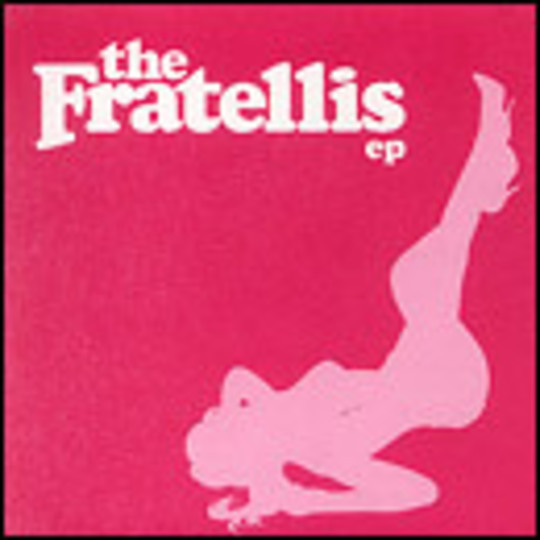 Have you had the misfortune to hear that Arctic Monkeys version of ‘Love Machine’ recorded for Radio 1? I’m not usually averse to the over-rated Sheffielders, but their take on the Girls Aloud and Homebase-promoting hit, (this is the true DiY, Fugazi), forced me to fake smiles of interest to mates before I’d have to dismiss the apparently random punches landed on nearby doors, tables, bus stops, pets... Something about it – perhaps its similarity in blood type to a Chris Moyles ‘sketch’ – annoyed every last laugh from my guts. And yes, I know it’s supposed to be “just a bit of fun, LAA” but NO it isn’t. I’m tired of people shouting at me because their new favourite band’s latest tossed-off attempt at a single doesn’t happen to meet with my idea of fun.

I was going to say that this debut single by The Fratellis sounded like The Monkeys, but it doesn’t, really – it just sounds like their cover of ‘Love Machine’. A stripped down, cartoon-version of a band – like the last bit of withered doner on a skewered kebab-spit at 4am on a Sunday morning. ‘Creeping Up The Backstairs’ rolls along with rapid-fire vocals and jangles with the goonish, skeletal grin of_ Funnybones_, or some other, less menacing, kid’s TV program. But what is immediately obvious is that - despite the lyrics about creeping through windows late at night to chief your brother's car - this doesn’t sound anywhere near teenage. And one look at the band reveals why: they aren’t. I’m not sure if the singer is the one that looks like Gary Glitter or the one that looks like Pearce Quigley, but even their Glaswegian burr is sacrificed on the Yorkshire alter of Ape. Oh, and there’s a bit of Dogs thrown into the mix too, just for good measure.

I know that I’m being too harsh on The Fratellis, but this has to end here. It is probably hi-tempo enough to make the live show vaguely entertaining, but imagine a world flooded with these sub-Arctic chancers. I’m certain the real thing is vexing enough for many of you already, and it’s not Alex Turner’s fault that his band’s sound is already going stale - the media and bands like The Fratellis (major deal, formed last year) should foot the bill for that.

Content Always Was My Favourite Colour / Tragedy Of The Commons