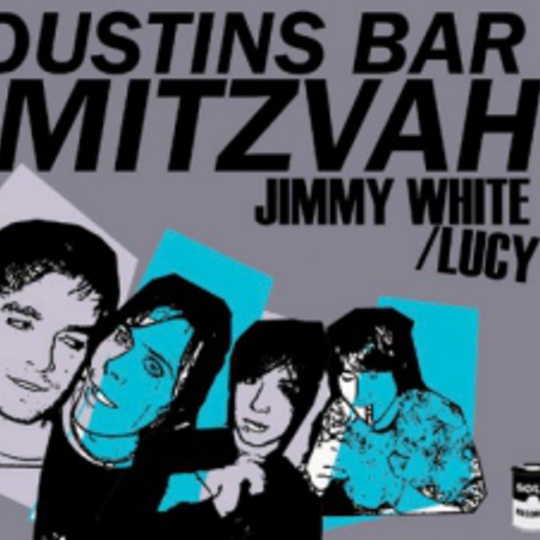 ‘Lucy’ slays, to coin some American rock yoof phraseology. It goes a liddle summit like diss “You lie to your mother, steal from your friends… you’ll never catch the dragon…”

Or put simply “Oi! Pete! You’re a druggie cunt! A fallen victim! A fake! A posing romantic without an honest heart! Fucksake! Look at all these rubbish bands surfing your wake! It's like the Manics all over again! Sort it owwwt!”

Despite being known across London Town as the first band to make a joke about the Tsunami/Toon Army and sometime two-song-set playing gear trashers; we are shocked to find they are actually pretty fricking good. With tunes. And simplistic lyrics wrapped in a cellophane of '77 punk, which are so simple they are not unlike space-monkeys making them pesky square pegs round enough to shove up some grannies rectums!

'Jimmy White' is the dumbest, funnest, grinning-est slab of feel-good guitar solo soaring-ness, ramming itself repeatedly into a truck pale spotty urchins, to land on our record player in ruddy ages. It’s evidence that if you hate a scene enough you too can create something more vital and exciting. In fact, this is the first piece of proof since the Snow White single, and little before it, that London is actually a more fucking happening place than all those scuzzy-two-bob plastic screw Poptones and Art Brut side-projects would lead you to believe.

With limp-wrists and faked black eyes: WE SALUTE YOU!

Waiting For The Siren's Call