Waiting For The Siren's Call 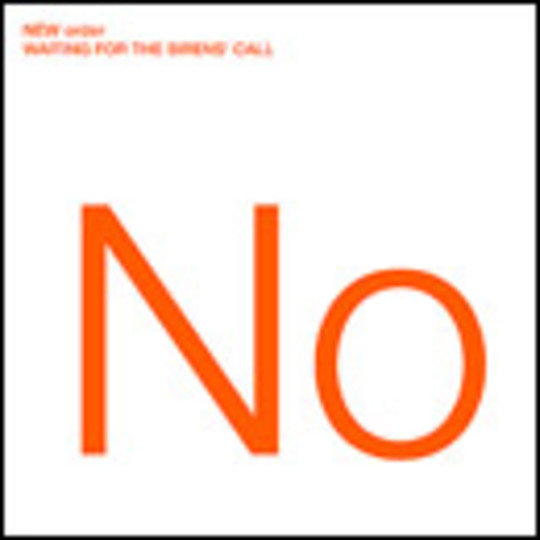 It's always good to have New Order* around. Key components of one of the most enduring musical legacies of the past thirty years, the world would be a poorer place without them. Plus gratifyingly Hooky*'s a bit of a mad bastard, isn't he? However, that's not to say that even the mighty New Order don't suffer the irrevocable law of the ever-diminishing return. Whilst previous album - the guitar-heavy ultra-safe - 'Get Ready' just about escaped with its reputation intact, it's fair to expect that 'Waiting For The Siren's Call' will suffer further as a result of the band's decline in innovation.

And certainly opener 'Who's Joe?' is negatively affected from the complacency of Bernard Sumner**'s innate knowledge that he can write a great tune, yet is clearly comfortable in writing the same great tune. Hooky's bass is rooted beneath the ground as it plays out, sounding like 'Regret' on half speed, or maybe aided by a fistful of tranqs... Equally, 'Waiting For The Siren's Call'_ is the sort of tasteful yet benign song that latterday New Order excel in. Gentle keys, melodic bass, Sumner's vocals nicely autotuned... Four tracks in, leaving the irritatingly trite and largely patronising lyricism of single 'Krafty' aside, and you have a good centrepiece for the record as well as a good indicator for how the rest goes. mellifluous, yet unenticing.

Although perhaps they're now better off re-turning the wheel instead of re-inventing it. Case being 'I Told You So', which is dragged along on some heftier electronic drums and the button marked 'like Technique', which is a good thing, until you realise that it's simply not that great. Depressingly. Especially that utterly 1991 female vocal dropped in towards the end for no apparent reason. 'Morning Night And Day' sounds like a parody of the Killers, and we really don't know how to take that... mitigatingly, it does have a classic hook bass solo though and wobbles through to a well-worked end... The ridiculously-named 'Dracula's Castle' is pretty good though, with some stabbed synths and looping strings working away very well indeed, crossed with Sumner's regretful words. 'Jetstream' and 'Guilt Is A Useless Emotion' - the latter being the much vaunted collaboration with Scissor Sister's Ana Mantronic** sees a dip - by numbers work outs as opposed to anything that shines with creativity or any burning desire to improve upon their lot. respite is offered towards the end, as 'Turn' has some lovely chiming, shimmering guitars and builds into a ballad that rings true and loud and 'Working Overtime' is a neat closer to the record.

Ultimately though, DiS listened to 'Waiting For The Siren's Call' a very many number of times, and the truth is nothing comes through. It's still as anonymous a record as when we peeled it out of its copy-protected jiffy case. And that's as damning as a comment as we could offer New Order. Still the same, still very much on the wane.

Tied Up Too Tight