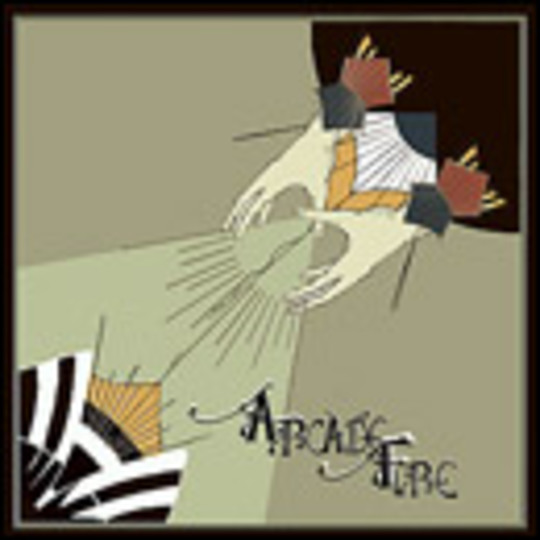 This is quite possibly the best song about a canine cosmonaut that DiS has heard in weeks. As a fitting tribute to the Soviet’s first dog in space, Laika, The Arcade Fire really do sound like they’re from another planet here with lots of high pitched yelping thrown in for good measure.

Everyone should have already, by law, bought ‘Funeral’ and fallen love with this piece of demented loveliness. For those not yet familiar with the strange neighbourhood The Arcade Fire have built, welcome in to number two which soars for three and a half minutes of demented pop perfection.

However there is also an aggressive, dark quality with choppy guitars battling away with heart-melting xylophones as singer Win* cries out _“Come on Alex, you can do it!”_ It is this delicious contrast – similar to how their songs about death feel so vibrantly alive - which makes the band so intriguing. Sort of how The Flaming Lips* might have sounded if Wayne Coyne hadn’t fallen in a vat of acid as a child.

Penned for an imaginary brother named Alex, this is bonkers enough for the CD itself to be sectioned. Which would be madness as you wouldn’t want this record taken away by men in white coats, purely because then you wouldn’t be able to listen to it. Out of this world.