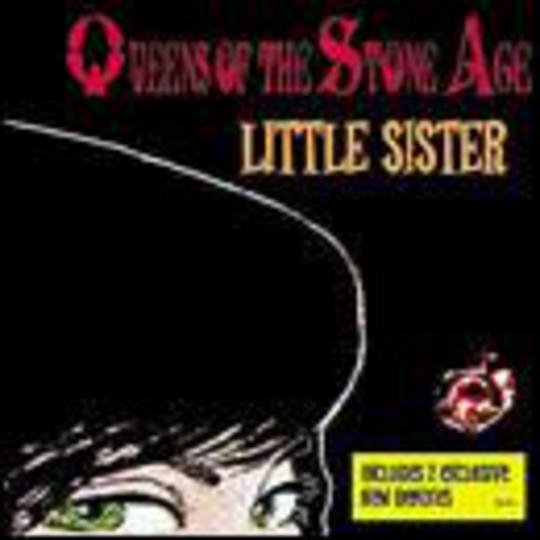 Sometimes it’s right to question ‘authority’: broadsheet broadsides have implied that this comeback single from the Nick-less Queens Of The Stone Age is some kind of bolt from the blue; that contemporary rock needs this dirty rush to reinforce its dangerous reputation diluted by so many would-be/could-be showboaters. Well fuck rock’s reputation because this won’t change shit – ‘Little Sister’ is an A-grade single and nothing more. And that’s A for ‘average’.

Here’s another A: arseholed. Oliveri’s drink- and drug-fuelled benders may have seen him tossed from the good ship Stone Age, but with him went the feeling of euphoria that ran riot throughout the band’s earliest material, right through to ‘Go With The Flow’. This single, whilst suitably saturated in filthy guitar licks and a squealing, almost childish keyboard sound, lacks the acid-burned smile of records past. Its sobriety is its ultimate downfall, as without his clown prince beside him, Josh Homme’s songwriting is workmanlike at best and purely average at worst.

A-grade he may be, but it’s indefinite detention for Homme until he gets his substance-enhanced swagger back, naturally or otherwise.