You've Given Me Something That I Can't Give Back 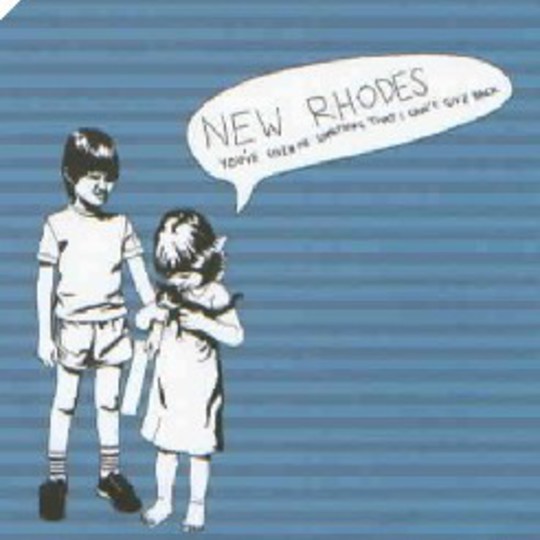 As the list of bookmakers' favourites to do well this year was passed around from office to club to common room, one name was criminally absent - that of erstwhile Bristolians New Rhodes. Which is something of a mystery considering that they appear to have mutated into one of the finest eccentric guitar orientated pop bands this nation has produced since The Smiths.

'You've Given Me Something I Can't Give Back' was originally recorded at the back end of 2003 but never got the general release it so richly deserved. Until now, that is, and like all quintessential classic pop records, it hasn't dated with age but merely implanted itself like a belisha beacon crested halo above its more lauded but less celestial peers.

Aside from the fact that 'You've Given Me Something...'s chiming guitars will make you want to skip around like a six-year-old, it's that time of year where repulsively shaded red balloons and teddy bears festooned with ribbons proclaiming _"I love you" are begging to be adorned from every bedroom up and down the country. And what better way to send a most cute message of angst-ridden anti-love than this?

It's enough to make a Saint (Valentine) swear and possibly turn in his grave at the same time.