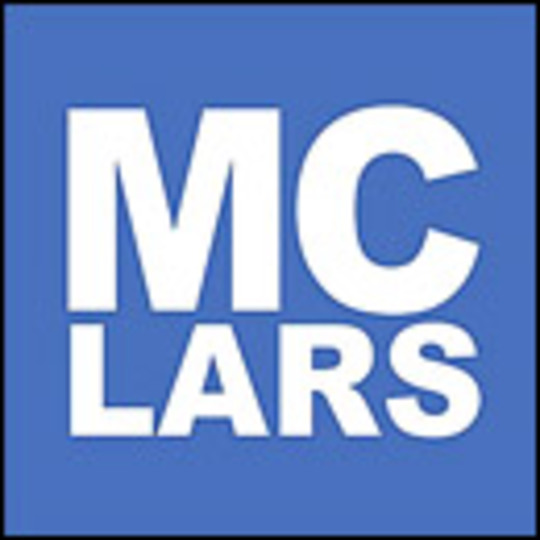 MC Lars looks like a student bum. Dumb fat sunglasses, baggy pants (he's American, I mean trousers), and a collection of vintage hip hop and nu-skool emo records. It's a mixture that should taste worse than tofu on stale toast, but actually comes on like the best punk-rock-hip-hop retro disco roadshow ever, if such a thing could even exist.

Stanford-educated Lars (who also served time at Oxford) confesses to being something of a geek in his raps. By geek I don't necessarily mean that he'd happily waste away his Friday evenings watching the entire Star Trek saga in back-to-back instalments rather than hitting the town, rather that he doesn't adhere to the perceived pop-hip-hop rule of thumb: there are no raps about hotties grinding up to his groin, or tales of lowrider drive-bys and 40oz malt drinks drizzled sidewalk-wards for fallen homies... oh no sir, most certainly not. This white-boy rap machine tackles subjects like mathematics ('Stat-60'), the use of iPods ('iGeneration'), and Edgar Allan Poe ('The Raven'). Really. I mean, just check this couplet from the latter track: "Who's that rapping at my chamber door? / Mister (mister) Raven! All up in my grill like 'Nevermore'". The beats that blast from his laptop only add to the geek-chic of this seven-tracker, somewhere between The Beastie Boys' 'Licensed To Ill' and the work of up-to-the-minute, anticon-affiliated rapper passage.

The icing on the cake, however, is Lars' wonderfully tongue-in-cheek dissing of the overblown, overwrought, and annoyingly over here emo scene. As a one-time member of a would-be punk outfit, Lars dedicates one track, 'Signing Emo', to the sorry state of the scene. Telling the story of "Marty, major label A&R scout, forty years old, gut hangin' out", the song details the label president's requests for the signing of more emo/screamo/whatever the kids are buying into: "My daughter likes Dashboard, so get me one of those!". The beautiful thing is that Lars actually samples a painfully generic emo act, Hearts That Hate, for the chorus. They, apparently, were happy to go along with it. Anything for exposure, I guess. Elsewhere both Piebald and Brand New are skillfully sampled. Genre splicing? Awfully enticing, isn't it?

If Beck lost all his Prince records in a flash flood and was left with nothing but soggy Jimmy Eat World reissues, he wouldn't come close to touching the simple genius of 'The Laptop EP'. A major talent has arrived; let's just hope the majors don't start pushing second-rate replicas like yesterday's Get Up Kids rip offs.

Goodnight Jimbob: On The Road With Carter The Unstoppable Sex Machine