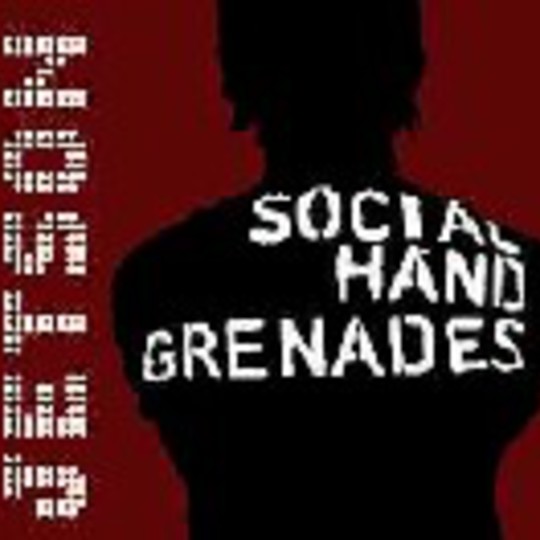 Not since the Manics were in their paint-spraying, Sartre-quoting, Clash-robbing heyday has anything gobbed its way out of a speaker with such obnoxious ferocity that induces sudden spurts of movement akin to those readily associated with St Vitus and beyond.

Yeah, there'll be a few cries of "so what? Heard it all before" and although Jetson are bound to draw comparisons with people like King Adora ('Generation Terrorists'-like riffs and polemic sloganeering) there are elements of both 'Social Hand Grenades' and its flipside, 'Club Suicide' that remind you of the first time you heard 'Panzer Attack', or 'Girl From Mars'.

The title track sounds a little like The Electric Soft Parade's 'Empty At The End' if it was speeeeeeded up to 180 mp/h, while 'Club Suicide' mixes loud guitars with programmed beats into a heavenly molotov cocktail of noise.

So yeah, I like this single, and even if Jetson never make another record again, their legacy at least will remain unblemished.