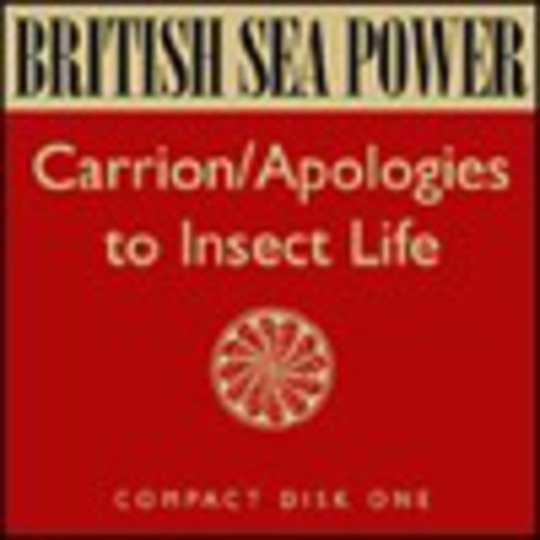 As Drowned In Sound becomes the 427th publication to lavish praise upon British Sea Power’s drop-dead spunky double ‘A’ side, the worrying thought sets in that maybe, despite all the favourable words, this could be one of those bands whose greatest triumph is an UnCut feature 20 years in retrospect.

And that’d be a terrible thing, because BSP are a band to cherish like no other coastal art-rock historians at the moment. The gloom-anthem of ‘Carrion’ sounds like a breathy Bowie mixing up ‘Ashes to Ashes’ with the best of 80’s avant-indie, whilst ‘Apologies To Insect Life’ is a mindfully infectious art-skronk of searing guitars and yelping vocals. Two equally apposite reasons to hold the Sea Power tight and never let them go, but for fuck’s sake, tell your friends.