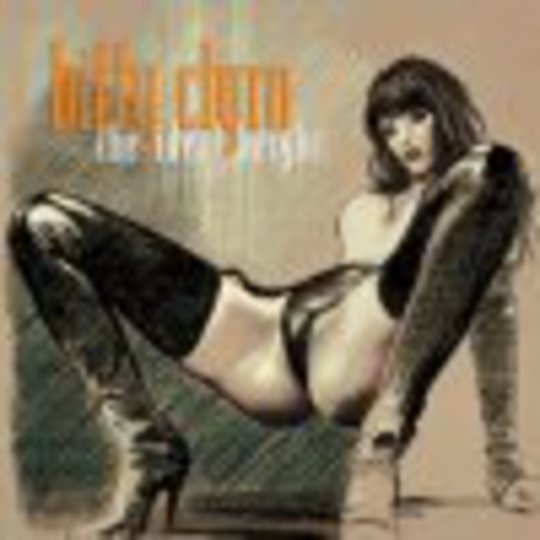 Roddy Woomble sits up in bed, dazed and disorientated. The mental fog from the all-night peppermint tea bender he was on last night has yet to lift.

Stumbling across the flat to make a rejuvenating cuppa, Woomble treads on a copy of REM's Green album, shattering it in the process. "Nay bother", he thinks to himself, _"There's plenty more of those hanging round the flat"_

Upon slumping back in his four-poster, Roddy eyes the message **'Rodee smels of poo'** which has been viciously gouged into the headboard. Ruminating on the still-fresh split with Bob, the be-crumpled one sighs wistfully.

With another furtive moan, the frontman slips on the CD player. Seconds later, Woomble sits up bolt right as a shuddering, angular stop-start rhythm pounds out, sounding like the greatest of angry college rock anthems; ferocious yet melodic; dervishly whirling like a focused maelstrom of noise. Its a hard-bastard rocking tune. Excitingly, the next track is even better.

Ejecting the CD, Roddy peers down at the disc to see a scrawled message saying 'Biffy Clyro: Better than what you could do'.

"So, what should be mine, can never be mine," murmurs Woomble. "Yet, all the sounds in my room make room for the sound in my head."

Only stopping briefly to jot this down in a little notebook, he slumps back into bed.

Listen to this track in Real Audio: HERE

House Of Stairs Vol I: Useless In Bed