House Of Stairs Vol I: Useless In Bed 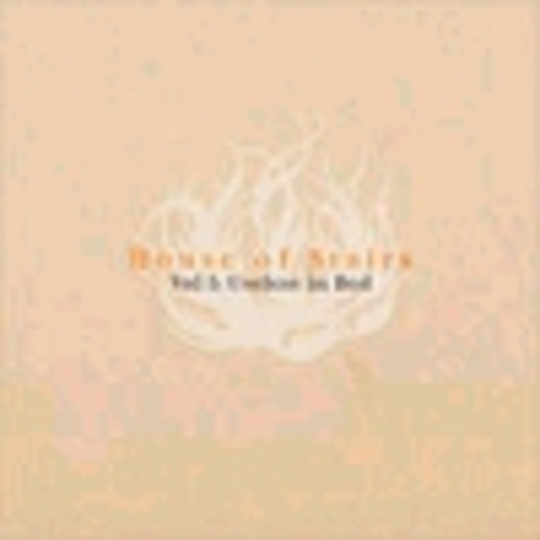 The ‘underground’?? What an outdated concept! Surely any decent bands get signed, and the only underground that exists this side of the water is the network of rusty tube trains that crash now and again round London, no? Yeah, RIGHT. Think again.

You’ll already know that fledgling London label House Of Stairs recently put on some cracking gigs in the capital. Now’s your chance to get an associated compilation showcasing the best new, established and departed talent on offer from a loose collective of bands centring their efforts around the Big Smoke. You won’t regret it either.

Not all of the cream hail from London however; Scotland’s Lapsus Linguae might look like glam-rock outcasts from a forgotten time, but be thankful they actually sound like a post-rock band who’ve decided the genre’s, well, a touch dull actually. So to spice things up a bit, add some awesomely windswept pianos and a vaguely mental Scot singing and screaming bloody murder. Voila - Hogmanay has a new rival as the most fun you can have north of the border. Tenner says it was Glaswegians Lapsus who set fire to the centre of Edinburgh a few months back (only joking lads).

Yank guitar botherers American Heritage are one of several bands present to worship at the filthy altar of The Dillinger Escape Plan, a fact pre-empted by a short verse in the album booklet which includes the line “for music with pride in structures untried”. Math-metal’s great when people get it right, but trying to invent 17.5/53 time signatures for the sake of it isn’t the most enthralling experience for anyone not playing the tune in question. AH’s fabulously titled ‘Phil Collins’ falls awkwardly, genitals-first, onto the fence dividing the two camps.

Foe are guilty of similar ‘crimes’ but fare better, in as much as they sound similar to the Oxes but with, like, more than one decent song. ‘Triangulator’ is basically jolting and free-flowing fun. Ursa are probably the pick of this approach however, with some trusty quiet-loud dynamics and a chugging tune to boot within ‘The Blooding’.

The Monsoon Bassoon’s widely missed chaos resurfaces with a new track from the band, who are currently ‘parked’ (think At The Drive-In’s ‘indefinite hiatus’, i.e. the smart money’s on them never reforming). Ongoing new project, Miss Helsinki, ensure the Bassoon’s spirit is kept alive though via album opener ‘I Felt Your Arms Around Me’.

Bristol’s number one midget Max Tundra predictably tinkers with some weird effects to make ‘Life In A Lift Shaft’ a quirky electronica blast, topped by ray guns and a diver’s breathing apparatus. Which may sound unusual, but for the man otherwise known as Ben Jacobs, this is quite true to form. Not new ground for him then, but no worse for it.

Desmotabs appear to be the most obscure act on this compilation. Indeed, it may well be a solo project for all you can tell – the only available information anywhere will merely divulge that Desmotabs are drugs used to combat bed wetting! Regardless, if you own anything by Warp Records scamp Chris Clark, Desmotabs will be right up your street.

Contributions from the near legendary Sweep The Leg Johnny and fab sprawling soundscape pacesetters Guapo, plus the revered likes of Geiger Counter (sadly no longer with us) and France’s Cheval De Frise all add up to extra selling points. Although you get the definite feeling that this quartet’s recorded incarnations are undoubtedly far less fun than their respective brilliant live shows.

Either way this is the best opportunity to hear a dozen bands you won’t have been titillated by before if you live outside of London, plus a few that should already be justifiably acknowledged widely already. And for this, House Of Stairs are more than worthy of the £5 they’re selling ‘...Useless In Bed’ for – check them out here or email for more details quick-smart.