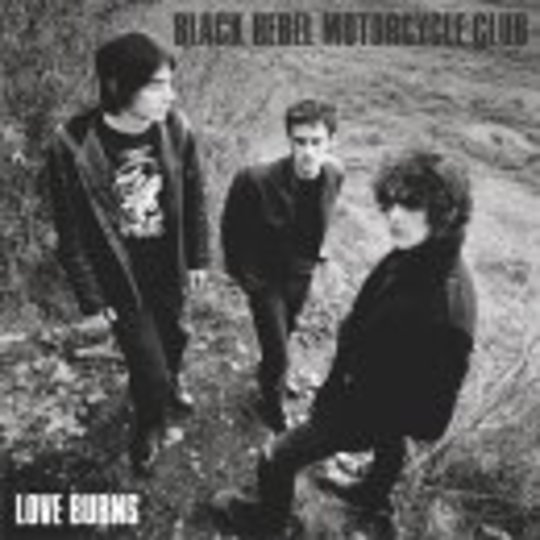 Black Rebel Motorcycle Club or B.R.M.C. a trio of black-clad youngsters that must have followed the rock star handbook word for word. Dress in black, have a catchy name, build on a familiar sound, and rock stardom is soon to follow.

’Love Burns’, taken from their self-titled debut album, begins in such a non rock song way, with the soft strums of a guitar. True rebels make their own rules and a moments later this songs is ripping right along just like a finely tuned motorcycle. The soft strums give way to a sorrowing drum and bass combo that will stay with you like the smell of gasoline of your hands. Fuzzy vocals and down and dirty feedback will have you feeling like your getting high on the fumes.

’Love Burns’ is primal rock at it’s best,though they do sound very close to Jesus and Mary Chain. B.R.M.C. may not have invented this club but they sure are making the most of their membership and if ’Love Burns’ doesn’t make them into rock stars at least they’ll look the part.