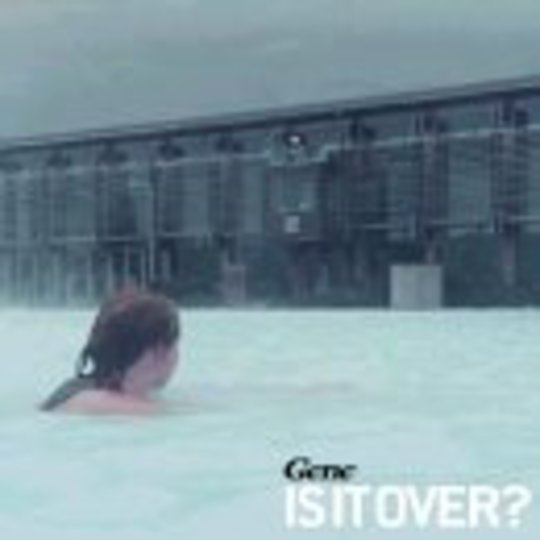 “.I still have much to offer“ ~ Martin Rossiter ‘Is It Over?‘

Gene may have been fighting fit and able at one point, but they took one hellllll of a beating at the hands of the music press. Out of favour and unfairly consigned to being a nineties band whilst it still was the nineties, they carried on, ploughing their own furrow away from spotlight of attention. Even so, after the disappointing reception given to their last album, ’Revelations', they were in danger as being remembered only as a Britpop also-ran, a 90s footnote. But here they are. A new decade, a new century and all that and Gene return, bruised but unbowed.

So, Rossiter still has much to offer apparently, but this is no defiant storm-the-barricades that you might expect, but a rueful, heavy-hearted song of broken love that starts with a doleful, rainy-day piano and slowly builds then falls and rolls on a stormy-sea of guitars. Rossiter hasn’t lost his taste for the drama of living and loving either, rewriting ’Nothing Compares 2 U’ to become ’Nothing Compares 2 Me’ as he wails “Is this the end of me?“ No Martin, your girlfriend’s just walked out on you, that’s all. “If your memory’s so strong“ he snipes, “How come you got it wrong / on what you promised me?“ Leave it Mart, she’s gone mate.

Even better is the final track, ‘Who Said This Was The End?‘, gently chiming, warm, Indie-Soul where the shoe is on the other foot from the singles title track. Here Rozza is rebuffing the clingy affections of some fling with some arresting lyrics: “Is it the truth you cannot bear / that despite the fact that / I’ve been inside your underwear / I didn’t call back?‘, ‘Look, there never was an ‘us’ / one swallow / doesn’t make a lover“

None of it is obvious chart, or even, particularly, ’Evening Session’ friendly material, which suggests that Gene aren’t running to keep up anymore, they’re tired of running, tired of fighting. It’s over, and they’re starting anew.

Let's Get It Right The First Time